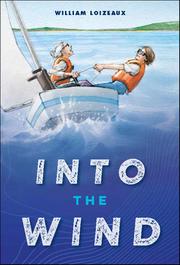 A middle-grade boy finds comfort and emotional growth in his friendship with an older woman in this novel.

Summer vacation isn’t starting out well for Russell, called Rusty. He failed fifth grade math and now has to go to summer school. His closest pal, Walter, is at sleepaway camp for six weeks. But worst of all, his mother is temporarily gone, being treated for depression; it’s unknown when she’ll return. Rusty takes his mind off things by fixing up an old catboat. One day, Hazel Perkins, an older woman in a wheelchair, asks him to take her sailing. Rusty puts her off but later agrees to earn money by doing chores at her house. They settle into a comforting routine, starting with a snack and math homework, then chores. Besides the money, Rusty appreciates Hazel’s agreeably cluttered house, her seaside paintings, and her friendly cat, Marigold. The day before his mother’s return, Rusty finally takes Hazel for a joyous sail. Though sorrow follows, Rusty gains a firmer sense of what’s important. In his third book for children, Loizeaux sensitively evokes his narrator’s pain and confusion as well as his insights. Rusty realizes he can repair his boat, “unlike some of the other things that I couldn’t do anything about.” Poetically striking details make scenes come alive, as with Hazel’s house, filled with “books, shells, pottery, dried seaweed, lacy snake skins…and an entire standing skeleton of what might have been a fox.” That Rusty allows himself to be changed by Hazel’s friendship and guidance speaks well of him in a subtle way, and it’s touching to see their mutual caring and compassion. Throughout, the author effectively employs maritime metaphors to tie everything together. Jacobsen’s lively, well-composed pencil illustrations nicely capture the book’s emotions.

A moving, well-written tale about an unusual friendship.