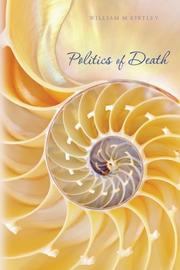 Kirtley’s book opens with a quote from the philosopher Epicurus: “The art of living well and the art of dying well are one.” How one defines dying well sets the tone for the work’s contentious debate over assisted suicide. In 1993, a physician, an attorney, a nurse and the Hemlock Society introduced the Oregon Death With Dignity Act in an effort to pass legislation that would allow physicians to prescribe legal lethal medications to terminally ill adults who had six months or less to live. The author expertly portrays the brouhaha that ensued from individuals and special interest groups such as Physicians For Compassionate Care (conservative) and Compassion in Dying (advocates for choice). With many references cited, and without bias, Kirtley details the arguments supporters and detractors presented in court battles. Weighty issues, such as government interference in end-of-life choices, Oregon residency requirements, the availability of injections versus pills and the risk of family members coercing loved ones to hasten their death, were at the forefront of the discourse that finally landed in the Supreme Court. Kirtley’s tightly constructed prose is drenched in facts, figures and legalese; it’s accessible to all, but an easier read for attorneys than laypeople. He skillfully exposes the fervor of both sides, showing social conservatives likening the bill to Hitler’s euthanasia of the retarded, insane and elderly, and liberals telling Attorney General John Ashcroft, who attempted to overturn the bill, to keep his hands out of the death business. Oregon citizens twice voted in favor of the law, and physician-assisted suicide became legal in October 1997. The Supreme Court upheld the law in January 2006 after repeated attempts were made to repeal it. The book’s last pages offer firsthand accounts from the terminally ill, lending a human element to the hot-button issue. Surprising factoids—in 2011, 25 patients out of 114 never took their lethal legal prescription, and some patients awakened even after ingesting the lethal dose—spark further discussion.

An impartial account of Oregon’s seminal role in assisted suicide.