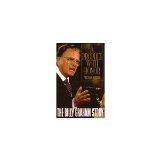 A PROPHET WITH HONOR

Sympathetic but balanced biography of the aging evangelist (b. 1918) who has defined the telegospel as we know it today. Ever broadly aware of revivalism in America, Martin (Sociology/Rice) offers a straightforward view of the most influential evangelist since St. Paul. He shows in fine detail the marketing techniques by which the Billy Graham Evangelical Association wins over sinners worldwide, but he also keeps close focus on Graham, who uses Grecian Formula 16 to keep his hair the right color for TV. Graham was a hyperkinetic child, abrim with mischief but no meanness, who charmed all by the sheer force of his liking everyone. Though not much academically, he had great powers of concentration; and when guests came to visit his home, ``he typically staked out the largest available chair and sat wide-eyed and wordless, gnawing his nails and soaking up every sentence.'' Before attending the Florida Bible Institute, he was the top Fuller Brush salesman in North and South Carolina (he prayed before knocking). His big splash came when a meeting with President Truman (who thought him a God huckster) got national publicity. His later ties to ``the Eisenhower-Nixon administration were his optimum public credential.'' In 1966, Graham set out to change ``the fundamental direction of contemporary Christianity'' and had his own Second Coming in Berlin, where he declared that not to believe in the reality of hell is softheaded; he still sees Satan as a literal being. Team members blanch when he fumbles facts or raps out his ``familiar claim that sexual chastity is virtually impossible without supernatural assistance...especially...for a man, whose sex drive `is six times greater than in a woman.' '' Billy Graham, warts and all: ``hernias, ulcers, tumors, cysts, polyps, infections, pneumonia, chronic high blood pressure, throbbing headaches, spider bites and...falls that have broken 18 of his ribs.'' (Twenty-four pages of b&w photographs—not seen.)