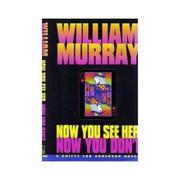 NOW YOU SEE HER, NOW YOU DON'T

Horseplaying magician Shifty Lou Anderson, whose eye for horseflesh is a lot sharper than his instinct for women, is involved with a suitably unsuitable new lady: Megan Starbuck, a PR consultant for Wayne Copeland, a movie star with big political plans that are being financed by a right-wing fund-raising octopus called America One. The trouble with Megan is that she keeps disappearing from San Diego, saying she'll call and then jetting off to L.A. or Washington, or getting phone calls at 5 a.m. and asking Shifty to leave. The sex is great, Shifty concedes, but he wonders if he'll ever have breakfast or a conversation with her. As the Del Mar racing season breezes through the summer, Wayne— buoyed by the continued success of his horse Superpatriot, ``America's horse,'' an animal whose winnings are donated to all the right charities—seems to be gearing for a run for the White House. But the more brief encounters Shifty savors with Megan, the more he's troubled by the bad things that happen to Wayne's entourage—the execution of America One founder Bob Goldman and his family, the beating of Superpatriot's groom, the murder of Wayne's inoffensive wife—and the more he wonders where Megan's been spending all her time outside the sheets. Ross Perot with the presence of John Wayne makes an amusingly scary conceit for a political thriller, but Murray (We're Off to See the Killer, 1993, etc.) never allows the thriller to take wings because he's left his heart in Del Mar; only the racing background blooms with his customary alchemy.