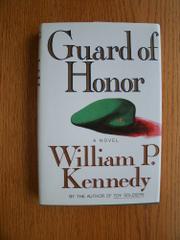 The chickens come home to roost when American soldiers, on a base in Dixie, are the victims of their own counterinsurgency techniques intended for Third World warfare; this latest from Kennedy (Rules of Encounter, 1992, etc.) is more preachy than suspenseful. At Fort Francis Marion, on the South Carolina/Georgia border, the Special Operations School teaches the would-be Green Berets how to lay mines, poison water, resist (and apply) torture. One of those trainees is Miguel (Mex) Cortines, whose family suffered terribly at the hands of American-trained troops in his native San Salvador. He saw his mother blown apart by a mine and his father hooked up to an electric-shock machine. Once Mex has crossed the border and entered the military, it's time for payback. He plants a grenade in the garage of the mining instructor, poisons the base water supply, and shocks the visiting Salvadoran, Colonel Maritin (the ``gentle giant'' cannot bring himself to kill him). The novel does not focus on Mex, however, until the halfway point. (The first half, as well as detailing Mex's disruptive attacks, shows us his unit on various missions in the rough terrain near the base; the unit is a standard-issue ethnic cross-section, with loyal buddies tormented by a sadistic sergeant.) Mex is arrested and court- martialed; his original prosecutor, staff judge advocate Capt. Gordon, has been so moved by his story that he switches to defense. Even the court is sympathetic, giving the prisoner a mere two years in Leavenworth; but Mex is spared even that when his buddies, with a precision timing the Rockettes would envy, spring him from captivity. There's an awful lot of filler in this poorly constructed morality tale, and Mex is too much of a lightweight for the role of avenging angel.