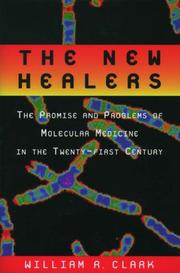 An exposition of the revolutionary changes in medicine coming in the next century as well as discussion of some of the ethical problems these will create. The distinguished Clark, professor emeritus of immunology at UCLA (Sex and the Origins of Death, 1996, etc.), attempts to explain to nonscientists the biology underlying molecular medicine. This is no small undertaking, and Clark is only partly successful. For the layperson, his work requires careful reading of dense text, mastery of a mysterious new vocabulary—``recombinant plasmids,'' ``antisense mRNA''—and study of complex diagrams. After these demanding biochemistry lessons, Clark turns to a fascinating discussion of what it all means in terms of health. He details the current state of gene therapy in treating cystic fibrosis and severe combined immune deficiency (the Bubble Boy disorder), in which copies of normal genes are being successfully introduced into the living cells of individuals with defective genes. In cancer, the ultimate goal of gene therapy is to alter or kill every tumor cell, and in AIDS to neutralize the effects of HIV. Clark, who is optimistic about reaching these goals, then devotes a chapter each to the profound effects on public health that DNA vaccination (injecting a gene from a pathogen, which would be more effective than today's vaccines) will bring in the next century and to the significance of the Human Genome Project, due to be completed shortly after the turn of the century. He clearly sees an educated public as the best defense against misuse of genetic information, for instance, altering a fetus's genetic makeup with the best of medical intentions but without knowing all the consequences of doing so. Although Clark insists that if one is to understand molecular medicine, one must first understand molecular biology, those who find his biology lectures too academic for comfort can still savor the well-wrought medical and ethical discussions.