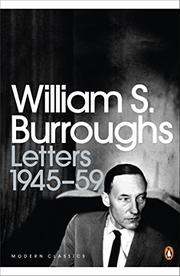 THE LETTERS OF WILLIAM S. BURROUGHS

The MTV generation's idea of an outlaw-writer, Burroughs finds himself a minor/grand old man of sorts—which is why, presumably, this book. These letters were mostly to Allen Ginsberg (whom for a surprisingly long time Burroughs knew only through correspondence), and they're chocked with complaints about the availability of drugs in the US or Mexico, about the fickleness of Tangier boy prostitutes, about publishing Junkie, Burroughs's first book. Very little is made of Burroughs's shooting his common-law wife in the head in 1951 (an "accident"), very little about the several agonizing heroin cures that he was forced into—experiences that might serve as staining moral crises in another writer's life here seem lightly, affectlessly catalogued. Post-mod scholars will have a field day, however, with the accretion in the letters of the "sketches" that would make up Naked Lunch—bits and shticks so easily capsulized to friends in these letters that they call into question the honesty of ever having considered as a "novel" the book made out of them. Looking for artistic influences and wellsprings for Burroughs himself will come harder: Burroughs was more interested in the paranoid fringes, in Wilhelm Reich, Westbrook Pegler, and L. Ron Hubbard. He hardly situated himself as a literary fella at all. Early documents from the Godfather of Grunge.