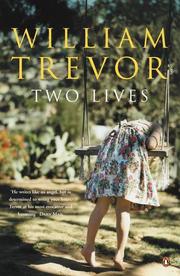 Trevor (Family Sins, etc.) provides genuine literary delight as well as book-buying value in this clever pairing of two novels under one title. The longer of the two, "Reading Turgenev," is also the more conventional—a somber tale of a woman who feigns madness in response to an oppressive "marriage of convenience." Mary Louise Dallon, the 21-year-old daughter of an impoverished Irish Protestant farmer, hopes to escape the boredom of country life by marrying "the only well-to-do Protestant for miles around." Elmer Quarry, almost twice Mary Louise's age, is a bald and paunchy tradesman who lives in town with his two mean and petty unmarried sisters. Not surprisingly, the marriage is doomed from the start, with Elmer unable to bring it to consummation and his sisters making daily life for Mary Louise a living hell. While kind and guilt-ridden Elmer retreats into the bottle, Mary Louise develops a wild passion for her sickly cousin who, on their secret trysts, reads her Russian novels. Their love remains chaste since the cousin dies suddenly, sending Mary Louise deeper into herself. Eventually, she's institutionalized, to be released decades later, all the while revisiting the scenes of her true love, the passages from Turgenev that stirred her soul. The narrator of "My House in Umbria" also escapes into literature—the formulaic romance novels she writes with much commercial success in her middle age. Her retreat from reality was occasioned by a life of hardship that's far more interesting than anything in her fiction. Sold at birth by her natural parents, her adoptive father began to abuse her sexually at an early age. Eventually, she becomes a prostitute in Africa, where she saves enough money to buy a villa in Italy and begin writing her books. Fate intrudes in a rude way when she survives an unclearly motivated bombing on an Italian train, undermining the serenity she found in writing. Vastly different in style and setting, the two stories converge thematically, testifying to the range of Trevor's talent and the singularity of his vision.