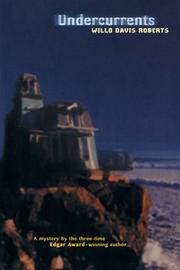 A great cover, a creepy gardener-cum-madman and a maddeningly clueless, nervous, blond young stepmother (shades of Joan Fontaine) combine a gothic story with a contemporary teen problem novel—but the resulting mystery is far too easily resolved. When her mother dies after a prolonged and devastating illness (chronicled in the first chapter), Nikki’s father marries the young illustrator of a book he is editing. Nikki’s resentment of her new stepmother quickly gives way to grudging protectiveness as Crystal shows herself incapable of self-assertion in the face of Nikki’s bull-headed father. Shortly after the wedding, Crystal inherits a house on the Northern California coast, and over Crystal’s objections, Nikki’s dad insists on moving his family to the beach for the summer. Here, Crystal’s unspoken fear of something dreadful in her past causes alarming nightmares, and Nikki’s impromptu job as secretarial assistant to the gruff owner of a neighboring beach house puts her in proximity to Bruce, the weird resident gardener. As the plot begins to thicken, lightning conveniently burns down the neighboring house—the very house, Crystal finally reveals, where Bruce brutally murdered her entire family when she was a small child. The gardener escapes the fire, however, leaving the reader to wonder about the chilling words Crystal speaks to Nikki in the novel’s last paragraph: “He’ll find you, Nikki,” she says. Though she’s ostensibly talking about Nikki’s budding summer romance with the neighbor’s son, cut short by the fire, the reader can only hope that no sequel is in the works. (Fiction. 11-14)