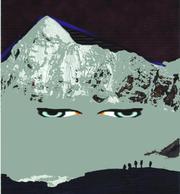 In Healy’s novel, a young woman inherits a fortune and a mystery.

American Cynthia Graham assumed that her estranged grandmother had died years ago, so when a British solicitor approaches her with news of an inheritance, she’s more than a little surprised. The legacy is a neglected cottage in the Lake District of England, some land, and a small amount of money. Cynthia finds a cryptic letter, written by her great-grandmother Emma, among her grandmother’s things and then discovers a red gemstone hidden in a desk’s secret compartment. It’s not just any gem; it’s a red diamond, one of the most valuable stones on Earth. Moreover, she finds a batch of letters that indicates that she’s the great-granddaughter of Sandy Irvine, George Mallory’s climbing partner on the ill-fated 1924 Mount Everest ascent. Irvine, it turns out, acquired two gemstones from a local during that trip—only one of which reached Emma. Intrigued by the provenance of the diamond and the whereabouts of its twin, Cynthia heads to Kathmandu where, aided by Gurkha ex-soldier Dorje, she sets about getting to the top of a mountain and the bottom of a mystery. It turns out that someone else acquired the second diamond through nefarious means and is hell-bent on getting the first. What ensues is an exciting, well-written blend of thriller and historical reconstruction; the latter element feels generic at times, but it’s convincing, nonetheless. The quality of the prose is strong throughout, with the depiction of the frozen wasteland of the Himalayas being particularly effective. Things fall apart a bit in the closing chapters, though, with the risky and arguably unnecessary introduction of a mythological element that threatens to undermine the realism of what has gone before. That aside, this is an assured piece of writing from a promising new author.

An intriguing, if somewhat uneven, blend of historical speculation and fast-paced thriller.