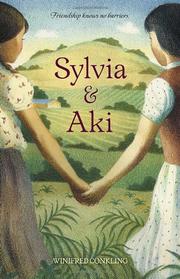 Two third-grade girls in California suffer the dehumanizing effects of racial segregation after the Japanese attack Pearl Harbor in 1942 in this moving story based on true events in the lives of Sylvia Mendez and Aki Munemitsu.

Japanese-American Aki and her family operate an asparagus farm in Westminster, Calif., until they are summarily uprooted and dispatched to an internment camp in Poston, Ariz., for the duration of World War II. As Aki endures the humiliation and deprivation of the hot, cramped barracks, she wonders if there’s “something wrong with being Japanese.” Sylvia’s Mexican-American family leases the Munemitsu farm. She expects to attend the local school but faces disappointment when authorities assign her to a separate, second-rate school for Mexican kids. In response, Sylvia’s father brings a legal action against the school district arguing against segregation in what eventually becomes a successful landmark case. Their lives intersect after Sylvia finds Aki’s doll, meets her in Poston and sends her letters. Working with material from interviews, Conkling alternates between Aki and Sylvia’s stories, telling them in the third person from the war’s start in 1942 through its end in 1945, with an epilogue updating Sylvia’s story to 1955.