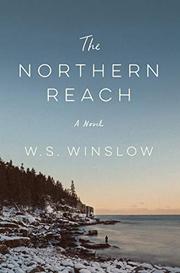 First-time novelist Winslow follows the intertwined (mis)fortunes of several families across a century in a small Maine town.

The opening episode, in February 1977, limns the harsh natural world that has shaped the hard inhabitants of Wellbridge, Maine. It’s been one year since Edith Baine’s husband and eldest son drowned in a storm while collecting lobster traps, and throughout the novel nature is an adversary, “from the dry-bone crack of winter [to] the purgatory of mud season.” As Winslow’s dour tale winds back to 1904 and then rolls forward to 2017, we meet generations of unhappy folks mired in bad marriages, alcohol, and class resentments. Some try to distance themselves from their relatives by ostentatiously embracing the more judgmental denominations of Protestantism. Others, like Edith, disdain the highfalutin ways of outsiders like her French daughter-in-law, who dares to bring a salad of cold string beans and pickled beets to dinner. This relentless litany of disappointment and disapproval wears thin over six bleak chapters, but the narrative slowly gets more textured, beginning with a blackly comic 1992 funeral, following which anxious Victoria Moody is unable to prevent her fiance from joining the drunken efforts of her no-count kin as they try to dig up her father to put a rabbit’s foot in his coffin. The dead man narrates a brief portion of this chapter, and from that point on several ghosts and another dead protagonist appear; they deepen the novel with suggestions that people are more than the sum of their actions and final judgment should wait on full understanding. In the lovely, melancholy closing chapter, Edith’s granddaughter comes back to her hometown because “there’s nowhere to be but here,” and she resumes work on a long-abandoned painting of the old Baines farmhouse, “collapsing in on itself with the weight of all that surrounds it and all that has gone before.”

Uneven and very slow to gather momentum but worth the effort for admirers of serious literary fiction.