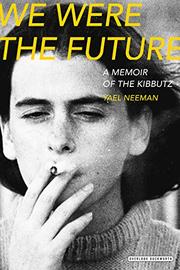 WE WERE THE FUTURE

A Memoir of the Kibbutz

One woman’s remembrances of youth in the kibbutz.

Neeman was born in 1960 in Kibbutz Yehiam, a particularly vulnerable and nonarable piece of land when it was first settled in the 1940s. The author describes not only her own experiences of growing up in kibbutz culture, but also the violent and activist story behind the concept. In a socialist and humanist experiment quite removed from any religious connection to Judaism, the founders of the kibbutz were dedicated to communal living, which included the group-rearing of all children. Neeman, like all of her peers, only saw her parents for just under two hours per day. The rest of the time they lived in tiny communal groups—the author’s was called the Narcissus Group—which did everything together, from sleeping to showering, without regard for gender or individuality. While many of her early memories are bucolic and whimsical, there is a continual contrast to the utter violence into which the kibbutz was born and the threat under which it still lived throughout Neeman’s childhood. Located near the Lebanese border, Kibbutz Yehiam spent much of 1948 warding off sieges by the Arab Liberation Army, while a lack of food and water were also constant threats. Later, only through backbreaking labor was the land reclaimed from its original rocky character, allowing crops of bananas and other foods. Neeman left the kibbutz at age 12 to enter a collective educational institution, another twist in her story. Though the author is stoic in her attitude toward her youth, it is clear that the experiment in collective education left the children with great emotional and social gaps. Her narrative leaves an impression that she is still struggling to understand how this unusual upbringing shaped and affected her.

An eye-opening look at a fascinating era in Israeli history and what happens when a child is part of a sociopolitical experiment.