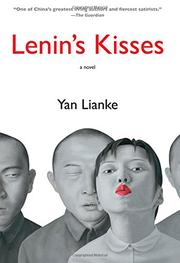 Set Rabelais down in the mountains of, say, Xinjiang, mix in some Günter Grass, Thomas Pynchon and Gabriel García Márquez, and you’re in the approximate territory of Lianke’s (Serve the People! 2008, etc.) latest exercise in épatering the powers that be. Oh, and then there’s Friedrich Dürrenmatt, too, whose The Visit afforded the lesson that you should never mess with little people in the high country. Deep inside the Balou Mountains, Lianke imagines, lies a Macondo-like village inhabited by a great heroine of the Long March, broken of leg and frostbitten of toe, along with her cohort of—well, let one of them tell it: “thirty-five blind people, forty-seven deaf people, and thirty-seven cripples, together with several dozen more who are missing an arm or a finger, have an extra finger, stunted growth, or some other handicap.” These odd folks would seem an impediment to the grand plans of the local Communist leadership, smitten by dreams of revolutionary capitalism, who have a grand plan even for the hamlet of Liven, a place that prompts one of them, Chief Liu, to complain, “Fuck, I simply can’t believe it could possibly get too cold for me.” Cold is the least of his concerns in fulfilling his dream, which is to promote tourism and investment in order to turn the mountains into a Red Disneyland featuring the embalmed corpse of V.I. Lenin himself, to be bought from an ungrateful Russia and turned into a tourist attraction. Needless to say, the bureaucrats’ plans get turned on their heads, and the Cloud Cuckoo-Land that emerges isn’t quite what they bargained for. Lianke writes long, but there’s not a wasted word or scene. And who can resist a book with characters with names the likes of Grandma Mao Zhi, Little Polio Boy and One-Legged Monkey?

A satirical masterpiece, very funny for all its footnotes. You can bet the authorities in Beijing are scratching their heads about it.