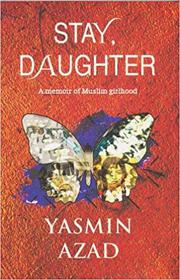 Strict traditions face encroaching modernity in this memoir of a Muslim girl.

The author was a jeweler’s daughter in Ceylon, now known as Sri Lanka, in the community of Galle Fort—at first blush, a traditional Muslim neighborhood. But in the 1950s, things were changing; already, the women of the island went out more than they had in years past and veiled themselves less. Before she reached the age of 12, Azad was allowed to spend time with her Christian friend Penny, ride a bicycle, and wear a bathing suit in public, and her doting, conservative father (whom she calls “Wappah”) was rarely unable to deny his daughter’s wants. However, her father still was committed to “the fierce protection of female honor” and still expected the women of his family to make a “good marriage,” so the author was “brought inside” when she came of age. But she was still interested in furthering her education and charmed by her English friends and Western comic books, so she hoped to attend university in the near future. But after her cousin ran off with a young man and Wappah reacted to the situation in an unexpectedly violent manner, subtle changes to custom and culture became more difficult to achieve. Azad’s debut memoir focuses on her memories of childhood and how she struggled against the more stringent aspects of her Muslim upbringing. However, her story is also the story of Galle Fort as the old-school residents struggled with young people becoming more Westernized. The setting is beautifully drawn, and its history comes alive. Just as important is the author’s father’s journey as a man who’s open to change but unsure of it. The book introduces many facets of Muslim culture with great respect, and Azad stingingly portrays Western prejudices, as when the author’s classmates face ridicule for using henna. She also relates her older family members’ opinions on such subjects as marriage while showing just how radical seemingly small changes can be in a traditional environment.

A loving and approachable coming-of-age story about generational change.