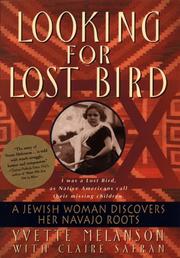 A Jewish Woman's Discovery of Her Navajo Roots

by Yvette Melanson with Claire Safran

A slender memoir of a Native American adoptee’s search for her true family. Melanson grew up in New York. She believed herself to be white, Jewish, and rich, a believer in ’60s idealism who had lived on an Israeli kibbutz and served in both the American and Israeli military. When she learned that she in fact had been adopted, Melanson began a long search to uncover her true identity, and the answer surprised her: she was a full-blood Navajo Indian. “At the time I was born, in 1953, and for many years afterwards,” she writes, “about one in four Indian children were taken from their homes and placed in non-Indian settings. It was done by bending and sometimes breaking the law of the land. It was done, white Americans said, ‘for the good of the child.’ “ Melanson’s story attracted considerable attention, yielding articles in the national press and a feature on ABC’s 20/20. Working with journalist Safran, Melanson has expanded what is in essence material for a magazine story into book length, with mixed results: the prose is flat, the narrative strangely without drama. Even so, there are some nice touches: a scene, for one, in which Melanson, now living on the Navajo Reservation in northeastern Arizona, recites a Hebrew prayer for peace, harmony, and success (“ ‘C’mon, God,’ I whispered, ‘make this work’ “), and some affecting moments when she encounters her siblings and learns about the lives of her parents. As a human-interest story, Melanson and Safran’s narrative is just so-so. As an inspirational story for adoptees, particularly American Indians, seeking to uncover their past, however, it has many merits.