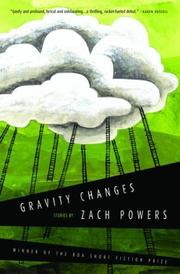 Flying children, lovely light bulbs, and unusually expressive faces are just some of the wonders that populate the world of Powers’ debut short story collection.

While each of Powers' brief tales is a treasure trove of whimsical surrealism, it's his uncompromising and often melancholy view of human nature that holds this collection together. The stories, which range in length from brief vignettes to longer narratives, bring the reader closer to the emotional reality of life by distorting the mundane reality of our world. What do leftover characters do with themselves when their action movie is over and the hero is dead? Can a woman single-handedly shrink the universe? Can a moon be in love with a girl? What is it like to be married to the devil? Each story presents a different twist; sometimes it is magical, like a man who becomes one with his couch, and sometimes it is more dreamlike, like a morbid children’s game. Sometimes the difference between the magic and the dreams is not quite clear. It takes a few pages to find secure footing in this uncanny universe, but Powers’ clean, no-frills prose keeps what could otherwise be a disorienting roller coaster grounded and clear. If some of the stories require a second reading, it's not because Powers strays too far down the rabbit hole but because they're too provocative to release their hold on the reader all at once. And if any of the glimpses into this world, a place wholly different and yet somehow recognizable as our own, are too peculiar to evoke their roots in truth, the next one is never too far away.

A fanciful take on life, love, tragedy, and human connection that draws its strength from insight instead of artifice.