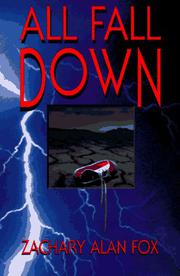 A lone sociopath seizes a school bus carrying 27 handicapped children, and the world's eyes focus on a small town in the California desert for an edgy 48 hours. When Las Cruces wakes up to the fact that a busload of its most vulnerable kids is missing, the authorities, frantically assembling their meager resources, call in the FBI. Sergeant Ellen Camacho (one of two detectives on the local police force) is put in charge of the case by Chief Paul Whitehorse (her lover as well as boss). In addition to sorting out jurisdictional conflicts with the feds and the sheriff's department, Ellen (a single mother who worked three years as a Los Angeles cop) must deal with distraught parents and a pack of ravening journalists. Meantime, she and her colleagues are frustrated by the lack of immediate demands from the perpetrator—which is precisely what the deranged kidnapper, Lowell Alexander DeVries, intends. An above-suspicion resident of Las Cruces, he exults in the chaos his careful planning has created. Although under the gun of a de facto deadline because of the captive children's medical needs, law-enforcement agencies can do precious little but dance to the kidnapper's tune. Finally, the murderous DeVries (a pedophile with a host of imagined scores to settle) submits his ransom requirements: a small fortune in one- carat diamonds and used bills. Matt LaSalle, the FBI's vaultingly ambitious man on the scene, arranges for the transfer of the cash and stones, which DeVries insists must be delivered by Ellen (whose daughter he's also abducted). The distraught but resourceful investigator sets out on the roundabout route DeVries has mapped. Under cover of darkness, she's able to upset his timetable and force a violent confrontation in the Mojave's desolate foothills. An absorbing suspenser from newcomer Fox that makes especially vivid use of setting and of its countdown format.