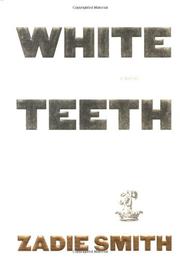 An impressively witty satirical first novel, London-set, chronicling the experiences of two eccentric multiracial families during the last half of the 20th century.

When Archie Jones’s suicide attempt on New Year’s Day 1975 is stymied by a finicky butcher (who frowns upon such things taking place in a car parked illegally in front of his establishment, especially when he’s awaiting an early morning delivery), his life is changed forever. Lamenting the break up of his marriage, the distraught and disoriented Archie—a middle-aged Brit who fancies himself in the direct-mail business but actually spends his life folding papers—then wanders into an end-of-the-world party where he meets his next wife. Jamaican Clara Bowden is 19 to Archie’s 47, at six feet tall she towers over him, and she’s missing all her upper teeth, the result of a motorcycle mishap. Nonetheless, six weeks later the mismatched pair are married and living near Archie’s WWII buddy Samad Iqbal, a Bengali Muslim. And so begins Smith’s frenetic, riotous, unruly tale, which hops, skips, and jumps from one end of the century to the other while following the Jones and Iqbal broods. Archie and Clara have a daughter, Irie, whose name translates into ``no problem'' (although she has plenty of them); Samad, who is head waiter at an Indian restaurant, has twin sons, Millat and Magid. When they’re nine, their father separates the boys, sending Magid back to Bangladesh to be raised the old-fashioned way, far from the corruption of postwar London, filled with its mods and rockers and hippies and Englishmen and other bad influences—including Samad himself, who has been lusting after his twins’ schoolteacher.

There isn’t much of a plot here, the book being swept along by a series of sometimes hilarious, oft-times clever, occasionally tedious riffs on everything from race relations through eugenics and on to religion, but 25-year-old Smith is a marvelously talented writer with a wonderful ear for dialogue.