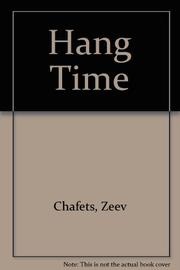 In a notably cynical, well-plotted thriller from Chafets (The Bookmakers, 1995, etc.), the kidnapping of three American basketball luminaries on a goodwill tour of Israel triggers a series of world-shaking events. Snatched in Tel Aviv by an aide of Islamic fundamentalist Abu Walid, legendary coach Digger Dawkins and NBA players Tyrone Holliman and Greg Banion—at first mistaken for a Zionist hierarch and his two bodyguards—are whisked away in a limo to the outskirts of Jerusalem. Before their arrival, Banion is knifed to death, leaving only Holliman (a black star of the Detroit Pistons) and Dawkins (an irascible white) as captives of Walid, a US-educated physician who harbors great grudges against both the infidel West and rival Muslim sects. Though not what the doctor ordered, the prominent hostages suit his purposes—including the release of terrorists held in Israeli prisons. When Walid's initial demands are rebuffed, he begins surgically dismembering Dawkins. Videotapes of these atrocities provoke America's president first into bombing Shi'a enclaves in Lebanon and then Iran itself, thereby destroying sworn enemies of Walid, a militant Sunni. While the White House prepares for a demonstrably popular war against Islamic extremists, and the Israeli Prime Minister defers to the US, Holliman's brother Rasheed (a retired Motown cop who has built a prospering industrial security business) deduces correctly that none of the major players in this deadly game has an agenda that makes a priority of bringing the abductees back alive. With an old pal in Israel's police force, Rasheed mounts a private rescue mission that puts him at odds with both Shin Bet and American intelligence operatives. Following a rough-and-ready education in the Middle East's murderous folkways, he manages to liberate Tyrone in a bizarre confrontation with Walid and his loyal-to-a-fault underlings—-a finale that produces an opera-level body count. A lively, suspenseful tale that reckons the true price of tribal animosities, religious fanaticism, and Realpolitik.