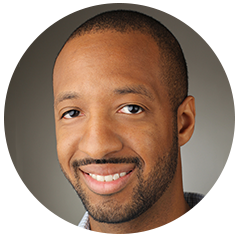 From “Race Neutral” to “Melting Pot”
By Varian Johnson
Varian Johnson is the author of several novels, including The Great Greene Heist, an ALA Notable Children’s Book Selection. His newest middle-grade mystery, The Parker Inheritance, is forthcoming in early 2018. Originally from South Carolina, Varian now lives outside of Austin, Texas, with his family.

Many years ago, as I finalized my third novel, Saving Maddie, I found myself contemplating how to portray race in the book. Having already written two novels that explicitly featured black characters, I wanted to be subtler concerning race. I believed the weight of writing about people of color should be my choice, not my responsibility. I wanted the freedom to write about whatever topic or characters I wanted—and not to be pigeonholed as an author that only wrote “black books.” Honestly, I was also concerned about sales. I worried I would be seen as an author for only black readers, with little opportunity or publisher support to capture a wider audience. So while I kept many of the markers that identified the characters as black, I removed any overt mentions of their race in the text. The manuscript sold—for good money, I should add—which further justified the decision in my mind.

Later, as my editor and I discussed dust jacket design, we decided to use a cropped photograph of a girl on the cover. I suggested we make the girl “race-neutral.” Maddie was very fair-skinned, and I argued there should be a way to portray her so that readers could envision her as they wanted. My editor obliged, and the image went through multiple iterations of editing and manipulation. The book was released and fared as many novels do—published, ignored, and ultimately forgotten—and I moved on to writing the next story.

A year and a half later, my first child—a beautiful, brown-skinned, unequivocally black daughter—was born. And I remember holding her while sitting at my desk and looking at my “race-neutral” cover of Saving Maddie, and saying to myself, “Oh my God. What have I done?”

I learned a valuable lesson that day. I had erased myself, my child, and my race from my work. Was it for artistic freedom? Financial incentive? Maybe both? But for me, it was ultimately a foolish decision and something I hope to never do again.

I used to worry about whether I had the choice or the responsibility to portray people of color in my work. Now, I freely choose this responsibility. I want all kids, especially kids that look like me, to see themselves in books. Not just in the text, but on the covers as well. I want them to be the heroes of the story. I also want people from other backgrounds to see black kids in these books. These readers need to understand just how diverse we are. We can come from varied socio-economic backgrounds. We can have opposing opinions. We can have different dreams and goals. We are not a monolith.

This new thinking drove many of my decisions for my Jackson Greene novels, The Great Greene Heist and To Catch a Cheat—books whose covers feature a melting pot of American kids. And every time I see a kid hold up one of these books and tell me how they look like Jackson, or like Gabriela, or like Hashemi, I know I made the right decision.