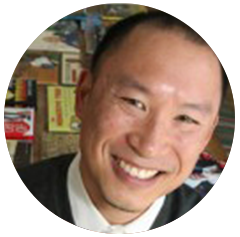 What Is the Role of a Publisher in Politicized Times?
By Jason Low
Jason Low is the publisher and a co-owner of Lee & Low Books, the largest multicultural children’s book publisher in the United States.

Late last year, after Simon & Schuster acquired a book by Milo Yiannopoulos, the former senior editor of Breitbart, I began to question the entire business of publishing. I’m a publisher myself, so I know all about the financial pressures that drive deals like Yiannopoulos’. But it still seemed incredibly cynical to me that S&S decided to publish a book that would undoubtedly feed racist and misogynistic ideology just in order to turn a profit. Publishers are businesses, but they must still weigh the moral responsibilities of creating a book.

It is not a trivial matter to publish a book. A good publisher will put all the resources at its disposal behind a book, including editorial, manufacturing, marketing, publicity, sales, and distribution know-how. This means that any author with a publishing apparatus behind them will have the opportunity to spread their influence more widely. After a number of S&S’ children’s authors wrote an open letter protesting Yiannopoulos’ book deal, the CEO assured them that the text would not contain hate speech of any kind. I couldn’t help thinking: Then what is he going to write about?

Once Yiannopoulos’ views on pedophilia became known, S&S backed away from the deal, which let the company sidestep the consequences of the book’s actual publication. Still, this moment offers us a chance to consider how publishing decisions are made and what drives those decisions. It may come down to a company’s mission—the animating idea that drives everything that a publisher does. Lee & Low Books has a laser-focused mission: we publish books about everyone and for everyone, where “everyone” emphatically includes all marginalized people. We know our titles are sorely needed to correct the profound lack of diverse representation in children’s books, and we take pride in both that mission and the resulting books. A “Big Five” publisher like S&S has many imprints with many different missions, all trying to peacefully coexist under one brand—a difficult balancing act to pull off even in the best of times. If imprint missions conflict, the questions then become, are you OK with displeasing some of your customers in favor of others? Is that good for your business as a whole? And in the end, are you proud of the books you publish? What do you choose to stand for?

On a similar theme, we recently received a request to unsubscribe from our e-newsletter. Reacting to a roundup of books we had done on refugees, this former subscriber wrote that she preferred to keep her politics separate from her profession as a librarian. But as the current federal government orders cuts in environmental protection, library funding, the arts, and education, we feel we do not have the luxury of remaining silent. To remain silent is to be complicit. Mission-driven companies like Lee & Low understand the importance of taking a stand, since the kinds of books we publish are already political statements. What we publish matters.