The Making of a Harlequin Romance Cover

Romance readers have a complicated relationship with covers. One thing outsiders frequently mention is how awful and tacky romance covers are, which makes us feel defensive or even embarrassed. The anonymity of the e-book reader is the easiest way to avoid public judgment, while others make Pinterest boards that celebrate the clinch cover in all its glory. (Ask me how I know.) Bright, cartoon-style illustrated covers are hot right now, especially on trade paperbacks; while mass market paperbacks mostly stick to realistic covers. The only thing we can all agree on is that you should stop talking about Fabio covers, because that was 25 years ago, and we just want to live.

In order to learn more about the creation of romance covers, I called Tony Horvath, creative director at Harlequin, at his office in Toronto. If you’re a romance newbie, Harlequin, now part of HarperCollins, has been publishing romance since the 1950s. Harlequin is most famous for publishing “category” romances—specially branded series with names such as Intrigue, Desire, and Dare—that account for a whopping 66 books per month. I cannot overstate the sheer power of a great Harlequin cover. The white front with a round window has been a staple of the Harlequin Presents line for decades, and seeing a good one catapults me right back to the feeling of furtively scanning the spinner racks at my local library, hoping my Mom wouldn’t catch me checking out romances.

Outsiders to the genre might not appreciate the power of a romance cover, but readers do. Horvath explains that a book cover does the “same thing as a movie poster—it tells a story with one image.” As mainstream publishers embrace inclusive stories with wider cultural and racial representation, these covers are even more thrilling. Last fall, author Jayci Lee tweeted the cover of her upcoming Harlequin Desire, Temporary Wife Temptation, saying, “#KoreanAmerican MCs [main characters] on the cover of a Harlequin? Priceless. Here’s to my 13-year-old self who couldn’t even imagine this happening.”

I asked Horvath to describe the process that translates almost 800 manuscripts a year into finished covers. At Harlequin, the process starts when the author fills out the Art Fact Sheet, or AFS. Horvath explains that the author writes an overview and includes details about characters, key locations, and “at least three scenes that are important for understanding the feeling of the book.” If the author has a certain look for characters, clothes, or hairstyles, they can include images or suggestions for the creative team.

According to Lisa Wray, Harlequin’s publicity manager, 70% of Harlequin covers use local Toronto models in original photo shoots. Since Harlequin books are known for glamorous settings around the world, a process called digital compositing marries the Toronto soundstage images to stock photography backgrounds. For example, if a book takes place on a Greek island, Horvath says that the art director “finds that background before shooting … match[ing] camera angles and lighting as close as possible to the image you’re going to slide into.” You can see the magical process from start to finish on the Harlequin art department Instagram.

But creating beautiful, “saleable” covers for individual books is only one part of Horvath’s job. He also manages the cohesive look of all 12 lines, managing how they will all look together when sitting on a shelf at your local store. When Temporary Wife Temptation is released next month, it has to stand out on its own and still be easily identified as part of the Desire series. Horvath explains that the rebranding of all the lines—with colors such as green and yellow along with classic reds and pinks—will help consumers find the right book and readily distinguish between different series. The creative department ensures that “one author’s book doesn’t look too much like another author’s book. It’s like music—there have to be high notes and low notes but they all have to work together on the rack.”

Although Horvath has been creative director for five years, he still individually manages the cover designs for two series, Intrigue and Romantic Suspense. He says, with a laugh, “I wanted to hold on to some series because that’s the reason I came here. Producing and creating covers, and going through concepts, working with people—with hair and makeup, wardrobe, photographers—it’s never gotten boring, it’s always new.”

Is Romance Writers of America a Sinking Ship?
By Jennifer Prokop on January 15, 2020 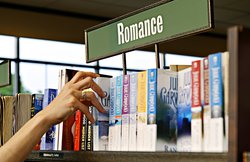 Romance Publishers Pull Out of RWA Conference
By Michael Schaub on January 9, 2020 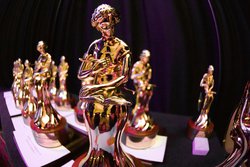 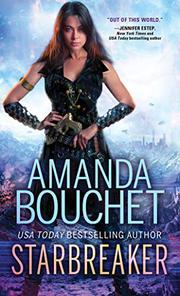