Author of WILMINGTON'S LIE
Interviewed by Kate Tuttle on December 30, 2019

In Wilmington’s Lie: The Murderous Coup of 1898 and the Rise of White Supremacy (Atlantic Monthly, Jan. 7), David Zucchino recounts one of the nation’s ugliest episodes, in which heavily armed whites in Wilmington, North Carolina, stole a congressional election and terrorized the city’s black population. They killed at least 60 people (“nobody ever came up with a solid number,” Zucchino says) and effectively destroyed a once-thriving black community. For Zucchino, a Pulitzer Prize–winning reporter at the New York Times, the story was at once shocking and deeply familiar; he sees parallels between the troubled times leading up to Wilmington and the present.

When did you first hear about what happened in Wilmington?

It was in 1998, when the city of Wilmington was having some centennial events. I really had never heard of the Wilmington race riot, as it was called then, and it kind of piqued my interest. I’m always looking for book subjects, so I kind of tucked it away and forgot about it. There was a state commission in 2006 that published a report, and it got a lot of attention, and that renewed my interest in the story. But the real reason for writing it is that this is just a remarkable piece of our history—there has never been anything exactly like this in our history before, where white supremacists could just take over a city at gunpoint and have a lasting revolution that lasted 50 or 60 years, and I just though the story needed to be told.

Wilmington was sort of an outlier. It flourished as a black majority city. There were plenty of jobs, not just menial jobs but jobs running and owning restaurants and fish houses and in the skilled trades, like butchers and blacksmiths. There was a vibrant middle class. There were a few black doctors, lawyers, and funeral directors. At that time, Wilmington was 56% black, the largest city in North Carolina, and had a major port. I think that just became intolerable for the white leadership. And they made a decision that they wouldn’t allow it to stand, and they announced it and carried it out.

Tell me about the research—where did you find materials, and what was the most surprising thing you found?

I’m a journalist, so I’m used to talking to people and reconstructing events that way. And obviously everyone involved in this thing was long dead, so it was all documents and a paper trail. The most surprising thing that I found was all the newspaper coverage of this event. The white supremacists had launched this white supremacy campaign in the spring of 1898 for the fall elections. They had been announcing all summer that they were going to win by the ballot or the bullet. They were laying plans to kill blacks and take over the government, and they told everybody they were going to do it, so newspapers from around the country came down—the New York Times, Washington Post, Philadelphia Inquirer—to cover what they called the race war. So it was incredibly well documented.

The Southern white newspapers were all run by white supremacists and were fanning this racial scapegoating and were inciting whites to violence to keep blacks from voting and basically intimidating them. The N-word was just thrown around so commonly—I was really shocked by the use of that in print. What interested me was that the Northern papers accepted the narrative of the white supremacists—that black people weren’t capable of running a government, that they were corrupt and incompetent, and at the same time were lusting after white women, were raping white women, and were stealing white jobs. That whole combustible narrative exploded with the help of the Northern white press that really accepted that. In some ways they were as racist as some of the Southern newspapers.

What happened in Wilmington was once referred to as a race riot and is now considered a coup. Can you talk about the change in nomenclature?

For years and years because the only narrative people knew was the white narrative, it was called a race riot, and the white narrative was that the violence was a response to a black race riot. The commission finally came up with “coup” more than 100 years later. This wasn’t a riot at all. It was planned, it was premeditated and announced and carried out very methodically and very successfully.

What were some of the long-term effects?

No one was ever charged, much less convicted. Nobody paid any price for the murders. I mean, the people who paid were the black citizens. I think 2,100 fled almost immediately. The population was 56% black in 1898; today it’s just 17% black. It was just destroyed. Blacks were stripped not only of voting rights, but the right to hold elected or appointed office for 50 or 60 years. Blacks in Wilmington and in North Carolina really didn’t vote in any significant numbers from 1898 until the passage of the Voting Rights Act in 1965 and even after that.

What do you hope that modern readers will take away from your book?

I hope they understand that when people resort to demagoguery or scapegoating of races and ethnic groups, it can lead to violence. It certainly did back then, and I see us going through that same sort of period in politics right now, where there’s a huge appeal to hate and blame and victimization and looking for scapegoats. I hope people read this as a warning and a lesson. It’s hard to believe this could happen in the United States of America, but it did. We could be heading that way again.

Kate Tuttle, a former president of the National Book Critics Circle, writes about books and authors for the Boston Globe. 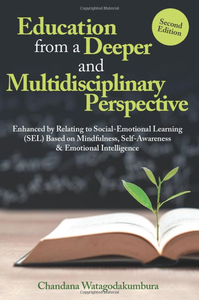 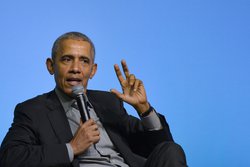 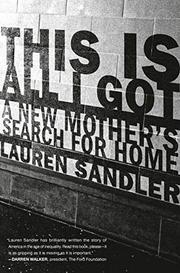