An Interview with Peter Aaron 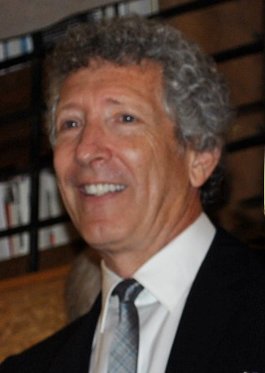 Shelf Space is a monthly feature highlighting independent bookstores across America. This month we talk to Peter Aaron, owner of Elliott Bay Book Company, located in downtown Seattle. EBBCO is celebrating its 41st anniversary and is home to more than 150,000 titles. Aaron had held several itinerant retail jobs until 1999, when he arrived at Elliott Bay Book Company and found his calling. He thinks The Magic Mountain is the greatest novel ever written; admires Rilke, Mandelstam and Celan; and reads Dickinson every day.

What is Elliott Bay Book Company famous for?

Like most other bookstores about our age, we’re famous for still existing. More substantively, we’re known for our author appearance series—hosting over 500 events, year in and year out—and, I hope, for the helpfulness of a staff of great booksellers.

If Elliott Bay were a religion, what would be its icons and tenets?

I can’t imagine (I guess I don’t want to) an answer in those terms. If the Elliott Bay Book Company were a commune, we’d be like that group of exiles taking refuge in abandoned rail cars in the woods in (the film version of) Fahrenheit 451, each member of whom becomes (i.e., memorizes) a book, to keep it alive in the world—this band of misfits with little in common, save love of the printed word.

Which was your favorite all-time event and why?

For me, it was in 2006, a somewhat still-unknown senator touring with his book The Audacity of Hope, meeting and chatting with him but mostly watching and listening to his interactions with people, knowing there was something very special there.

Can you give us two or three highlights of Elliott Bay’s history?

Well, the founding of the store by Walt Carr in 1973—I don’t know what was in the water that year, but it was about the same time that Tattered Cover and Powell’s began. And then moving the store from its original location in Pioneer Square to the current Capitol Hill location in 2010. It was a risky move because the look and configuration of the store were such an important part of people’s notions of what Elliott Bay was, yet the deterioration of the neighborhood made it essential if the bookstore was going to survive. It’s worked out well—most people seem happy with the new environment, often commenting that it carries recognizable elements (we reused all the original cedar bookshelves) without trying to duplicate (which would have been impossible).

What is your favorite spot/section of the store?

Favorite section: poetry. Favorite spot: the mezzanine stairs, looking toward the front of the store, morning light (or rain) washing the windows. Favorite time: alone on a Saturday morning, drinking in the quiet before the busy day begins.

According to the American Booksellers Association, indie bookstores have increased their numbers in the past five years. What gives your bookstore and indies in general their staying power?

We survive because we provide people with an experience they want and value: the opportunity to wander and wonder among the books; to allow serendipity or purpose to direct their eyes and feet; to interact if and when they wish with informed, impassioned people; to sit, read, dream, watch, listen, commune.

Never Let Me Go, Beautiful Ruins, Norwegian by Night, A Is for Activist, Men Explain Things to Me, Zen in the Art of Writing, The Orchardist, The Swerve, Ready Player One, Antifragile, Taking our Places, The Drunken Botanist….

I’ve been traveling to Portugal, where the circle of writers, translators and publishers keeps expanding every trip; where poets matter; and yes, I visit bookstores, of which there are still many (it’s a developing country).

There are a significant number of people—and they’re growing—who love what independent bookstores uniquely do. I think the future looks the best it has for the past 15 years; we just have to be very good at it—attentive, adaptive. 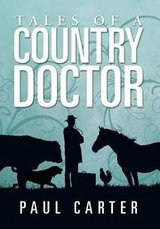 Working Titles
Three excellent books by Indie authors
by Karen Schechner, Vice President of Kirkus Indie, Kirkus Reviews on September 23, 2014
Continuing Indie’s practice of recommending excellent self-pubbed titles, we bring you first-person accounts of daily work life. The common thread here is short essays depicting life on the job where the job is inherently interesting and the author’s viewpoint is philosophical, often funny and sometimes profound. In 99 Jobs: Blood, Sweat and Houses, which earned a Kirkus Star, author and ... 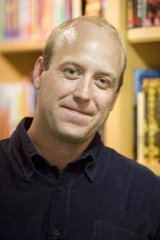 Shelf Space: McLean & Eakin Booksellers
We talk to the beloved indie store’s co-owner Matt Norcross
by Karen Schechner, Vice President of Kirkus Indie, Kirkus Reviews on October 7, 2014
For this month’s Shelf Space, we talk with Matt Norcross, co-owner of McLean & Eakin Booksellers in Petoskey, Michigan. His bookselling career began in 1992 when his mother, Julie Norcross, opened the award-winning store. It often appears on lists of authors’ favorite independent bookstores. In the New York Times, author and bookstore owner Ann Patchett described it this way: “The ... 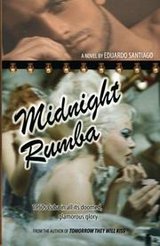 Beyond Labels: Self-Pubbed Edition
by Karen Schechner, Vice President of Kirkus Indie, Kirkus Reviews on September 2, 2014
Kirkus’ fiction editor, Laurie Muchnick, mentioned in a recent column that when she read as a kid, “books were books.” Placing too much emphasis on genre or labels could be too limiting—both then and now. Something similar could be said for self-pubbed books. A quarter of all titles sold on Amazon are self-published, but a big swath of the ...