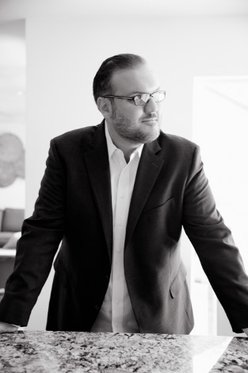 You have a wide-ranging resume. What eventually led you to writing?

I’ve always written. In fact, it’s something that I regard as the most effective form of expression. The reader can spend as much or as little time with your work as they desire, pondering the elements of your story over and over. While this may be possible with other mediums, the ease at which the written word facilitates this makes, in my mind, writing the most lasting and penetrative means of communication.

And what led to The God Wave in particular?

In my professional life I measure the electrical qualities of nerve impulses and brain activity. In my personal life, I am an ardent student of mysticism, esoterica, and mythology. The idea for The God Wave came as a melding of my professional knowledge and my “other” knowledge. I’d often wondered how mind over matter might look on an EEG (an electrical measurement of brain activity). What came of that was the literal God Wave as described in the book.

Had you always planned on publishing The God Wave independently?

I’d planned to publish it any way I could. I began querying agents immediately. My thought was that I would give those queries time to bear fruit before embarking on an independent publishing route. Let’s just say I met my timeline.

Did response to the The God Wave take you by surprise?

Not until my first review, from Kirkus I might add, did I ever dare to presume that this was something that might have wide appeal. I was just floored when I received a starred review. To be honest, I was not expecting that. Soon after the review was published I had a great agent and major publisher behind me. The favorable review from Kirkus opened up so many doors. The attention it drew and the credibility it lent to The God Wave were not only invaluable, but integral to its success.

What have been some of the advantages since signing with a traditional publisher?

By far it’s the networking and interacting with other authors. The exchange of ideas with top-notch writers is something I never thought I’d have access to. The sharing of ideas and the feedback from other authors has a transformative effect on your work. Going forward you can incorporate meaningful critique and praise into your creative process.

You’ve mentioned the possibility of The God Wave being optioned for a film; can you tell us more about process?

The God Wave has been optioned by Scott Steindorff and Dylan Russell of Stone Village Productions. They will be  responsible for the visual interpretation of it should it make it to the big or small screen. Any anxiety I

may have had was quickly laid to rest after my first talk with Scott and Dylan. I am very fortunate that my story is in the hands of someone who understands my motivation and vision utterly.

What can tell you us about the The God Peak?What can fans look forward to?

More action, more mysticism, and more psychokinetic power. I want the reader to ponder, as I do: does human thought evolve, and, if so, how far will that process take us as a species?

Shelf Space: Skylight Books
We talk with Mary Williams, the store’s general manager
by Karen Schechner on September 12, 2017
Los Angeles’ beloved Skylight Books was founded in 1996 on the former site of Chatterton’s Bookshop, an iconic bookstore that had closed two years earlier. Skylight has since added an arts annex, and last fall, they celebrated their 20th anniversary with a well-attended big bash. General Manager Mary Williams came out from her cardboard box (see below) to talk about ... 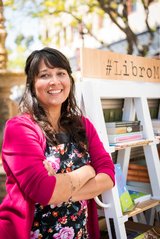 Sarah Rafael García
by Rhett Morgan on September 29, 2017
Sarah Rafael García likes to say that she’s from between two valleys: the Rio Grande Valley of Texas and the one in Orange County, California. Both being epicenters of Latinx culture in the United States, García’s roots span multiple aspects of the Mexican-American experience, a rich heritage she now brings to her writing and activism work. Her most recent publication ... 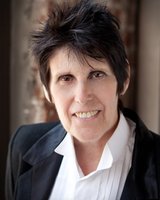 Vanda
The playwright tells a story her own way in a series of historical novels.
by Rhett Morgan on July 28, 2017
First published in February 2016, Juliana: Vol 1, 1941-1944is a rich and detailed view of gay life in 1940s New York City. The author, Vanda, a playwright and professor at Metropolitan College, created this debut novel as the first volume in a series that will follow Alice “Al” Huffman, her lovers, and America’s attitudes toward the LGBTQ community ...