A self-publisher finds her audience and success 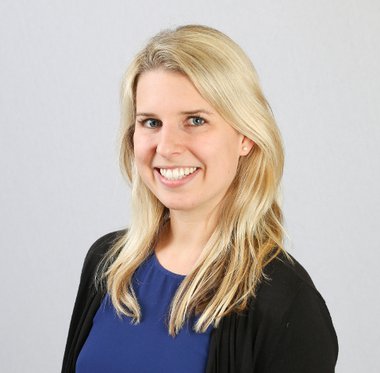 Tiana Warner spends her days geeking out over new technologies at a software company and her nights fulfilling a different passion: She writes fantasy and sci-fi novels for YA readers that are filled with supervillain technologies, mermaids, and LGBTQ romances. With the rise of YA franchises like The Hunger Games, Warner wanted to release her own series inspired by the landscapes of her native Pacific Northwest. The result was 2014’s mermaid and warrior epic, Ice Massacre, which became a Kindle bestseller, placed first in several self-published awards, and spawned several sequels. Warner spoke with us about publishing, LGBTQ mermaids, and her latest book, Aries 181,which follows female STEM interns taking on their corrupt boss.

What were some of your main influences for the Mermaids of Eriana Kwai?

I plunged into Ice Massacre thinking of it as “The Hunger Games meets ‘The Little Mermaid.’ ” The setting is also a huge influence on everything in the story. If you’ve been to or seen photos of Haida Gwaii or northern British Columbia, you know there is a kind of surreal magic to it.

What do you think readers have reacted to the most strongly in the series?

The fact that one of the warriors falls in love with a mermaid she was sent to kill. I had no idea the LGBTQ aspect would become the top selling point! Because the romance evolved organically from the plot, I didn’t even think to categorize the book as LGBTQ. Just goes to show the importance of listening to your readers!

Your latest book focuses on young female characters working in science. Was this an important choice for you?

Oh yes. As a woman in computer science, I have unique experiences and insights to share, and I was excited to be able to fill the “women in STEM” gap in the literary market. It also delves into the daily life and struggles of being a woman in this field. I’ve had a lot of comments from early readers saying how much of their own workplace struggles they saw in the story!

Had you always wanted to write YA fiction?

Yes. YA readers are an enthusiastic, wonderful bunch of humans, and I absolutely love writing for this audience. I also prefer the subject matter in YA books as opposed to adult ones. YA can still deal with dark and disturbing, of course, but I find those scenes in YA a lot easier to read than say, those you find in the Game of Thrones series.

Why did you decide to self-publish your novels?

Readers don’t care how a book is published; they just care whether the reviews are good. This means indies are thriving! The trick is to find your niche audience. There are benefits to traditional publishing, namely the ease of getting into bookstores, award nominations, and subrights, but for me, I love managing my author platform like a small business.

What has been the most rewarding part of releasing your own work?

The idea that I have an actual fanbase is so exciting that it sometimes brings me to tears. Nothing makes me happier than receiving a note from a reader who enjoyed something I wrote and felt like it made a positive impact on their life.

What can fans look forward to next?

I have a few simultaneous projects going on and am not sure which one I’ll finish first! Among these are the sequel to Aries 181, a contemporary LGBTQ romance, and several screenplays. My sister and I are both writers. When you see “Written by the Warner Sisters” in the credits, you’ll know we’ve made it.

Rhett Morgan is a writer and translator based in Paris

James Altucher
A successful self-publisher offers up his hard-earned lessons
by Rhett Morgan on April 22, 2019
James Altucher once lost $15 million in a single summer; another time, he lost $9 million in a single day. As an entrepreneur and angel investor, Altucher has seen incredible highs and lows since the early 1990s—but he has always been consistent in writing about his experiences. Thanks to his unique perspective and outrageous stories, Altucher has become a quirky ... 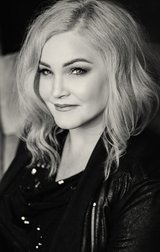 Amy Bartol
The bestseller moved from self-publishing as a last resort to becoming a bestselling self-publisher
by Rhett Morgan on May 2, 2019
Even though she never expected anyone to read it, Amy Bartol wrote and then rewrote her first manuscript, Inescapable, at least 100 times before self-publishing it in 2011. After releasing several sequels, starting a second series, and hitting bestseller lists, Bartol signed a deal with Amazon’s sci-fi and fantasy imprint, 47 North, in 2015 and has since continued to excite ... 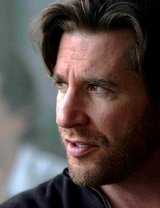 Barry Eisler
A bestselling thriller writer publishes with his own ideas intact
by Rhett Morgan on March 13, 2019
While living in Tokyo, lawyer and CIA employee Barry Eisler daydreamed a chase scene down Dogenzaka street in the bustling Shibuya neighborhood. Why were the men in his imagination chasing someone? The answer was clear: They were assassins. Eisler’s idea evolved into the book Rain Fall (now known as A Clean Kill in Tokyo), the first in a series following ...