A fiercely indie writer finds her own path…and a lot of success. 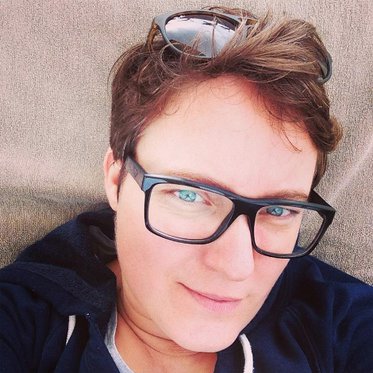 In 2012, Harper Bliss started self-publishing and quickly stood out within the crowded romance genre by writing witty, exciting fiction both for and about lesbian women. At the time, Bliss and her wife were living in Hong Kong, but they soon had a growing online fan base spanning the globe. That inspired them to mount their own publishing company, Ladylit, and set off as digital nomads. While traveling, Bliss found inspiration for her bestselling Pink Beanseries (set at a Sydney coffee shop) and the acclaimed Oregon-based At the Water’s Edge,among many others. The couple has since settled in their native Belgium, but Bliss continues to release the titillating, internationally-set titles her readers love.

When did you start focusing on writing?

I started writing after we left Belgium. My wife was asked to move to Hong Kong for work, and I happily followed. I quit my job in Belgium and, being a kept woman, found myself with quite some time on my hands in Hong Kong. So I did what I’d always wanted to do but never felt I had the time for previously: writing. I haven’t really looked back since (and my wife works for me now).

Did you feel that there was a lack of writing for and about lesbian women?

When I released my first book in 2012, there was hardly anything for lesbians. LGBTQ women hardly ever see themselves represented in mainstream media, and I think representation is one of the most important things for anyone. This makes the readership voracious, because if we want a story with lesbian protagonists, we can’t just turn on Netflix.

Do you think that literature geared for lesbian audiences has evolved since?

Goodness yes! So many new authors have emerged. It used to be quite easy to keep track of the newbies, but now it has become impossible. The lesbian fiction market has really exploded in the last 5 years, and I think it’s really great.

How else do your books break away from traditional romances?

I do like some controversy, and my characters are all deeply flawed. I also like to touch on bigger issues like body positivity and mental health and weave them into my romantic plots.

Why do you think readers responded so strongly to your book At the Water’s Edge?

Because, even though it’s 100% fiction, it drew on a deeply personal story of mine, and it deals with issues so many people deal with these days, like depression and low self-esteem. I think my readers love that book so much because they could see so much of themselves reflected in the main character of Ella, who, despite all the sadness she went through, gets an amazing happy ending. Despite the dark theme of the book, it’s very hopeful.

Why did you decide to start your own press to release your work?

Because I’m a fierce indie and I like to have control over everything. I also don’t think a lesbian fiction publisher could do anything more for me than I could do for myself. I love both writing and marketing, and I learned so much along the way. I was lucky because the Kindle, and ebooks in general, took off just as I started writing….It’s such an amazing time to be a writer.

What are you working on next?

I’m currently working on a book in a series I’m writing with two other lesbian romance authors (Clare Lydon and T.B. Markinson, both of whom I’ve co-written a book with before) set in the British Cotswolds. My next release is French Kissing: Season Five, which comes out mid-June. I started this serial in 2013, and it’s still going strong (French politics seems to mix well with lesbian intrigue!). 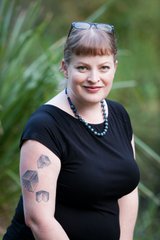 Kylie Scott
The hybrid publisher/author has a global reach—and a lot of fun writing her bestsellers
by Rhett Morgan on July 4, 2019
Kylie Scott grew up in Australia devouring books like Anne of Green Gables and anything by Jane Austen. As an adult, Scott combined these romantic influences with her other passions for rock music and B-grade horror movies to create several series that blend suspense, science fiction, post-apocalyptic settings, and romance. Her raucous Dive Bar series earned her fans around the ... 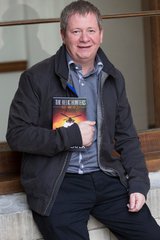 David Leadbeater
by Rhett Morgan on July 18, 2019
With 2012’s The Bones of Odin, UK-based writer David Leadbeater introduced readers around the world to Matt Drake, a retired Special Air Service officer who finds himself chasing after the “Tomb of the Gods,” supposedly the greatest archaeological find of all time. After self-publishing Odin through Kindle Direct, Leadbeater rose to the top of bestseller charts in the UK ...

Adam Bender
Reality deeply informs fiction in this writer’s novels
by Rhett Morgan on June 14, 2019
In his job as a journalist, Adam Bender reports on technology and politics, but since self-publishing 2010’s We, the Watched,he has used insight on those subjects to create award-winning speculative fiction. Last year’s The Wanderer and the New West earned a starred review from Kirkus and was named one of our best books of 2018 for bending genres and ...