10 Fall Books to Look For 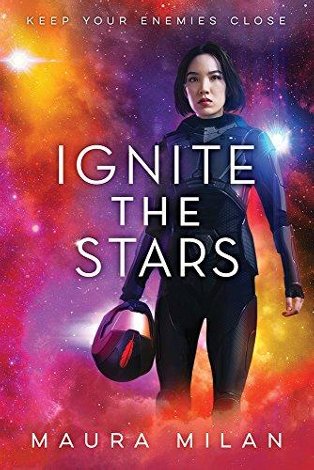 It is that time of the year already, September and October being two of the most anticipated months in terms of publishing’s highly expected titles. Here are ten titles I am MOST looking forward to this year:

Ignite the Stars by Maura Milan comes out on September 4 and it’s Science Fiction YA, touted as the beginning of a series focused on social justice. The positive buzz for this one – which is hailing its heroine Ia as a fantastic lead who fights an oppressive regime from the inside after being captured. This one is igniting my imagination already (sorry, not sorry about this terrible pun. It’s Friday!)

I started reading and am super into Rosewater by Tade Thompson already. The start of a Science Fiction trilogy set in Nigeria, Rosewater is about a town built around an alien biodome and about the humans who have changed through First Contact. Out September 18.

Out on September 25 is For a Muse of Fire by Heidi Heilig. The first book in a new trilogy set in a world inspired by Asian cultures and French colonialism, it follows a main character named Jetta who sees spirits and it features: 1) a rebellion, 2) shadow puppets 3) a narrative that is part epistolary. It is all catnip to me.

I have been reading and reviewing Martha Wells’ Murderbot series with great joy and it should come as no surprise that I am ready and willing for the fourth novella entry, Exit Strategy, to hit me in my emotions on October 2. It looks like darling Murderbot is coming full circle and going back to meet its former boss/owner/friend Dr Mensah. The bad news is that this going to be the last novella in the series? The good news is that there will be a full novel after this one.

Another one out on October 2, is the new novel by National Book Award finalist Elana K. Arnold, who is known to write feminist, kick-ass books centring girls. Damsel is about a girl who wakes up in the arms of prince who just saved her from a dragon, just like it’s supposed to be, just like in a fairy tale. She proceeds to then question everything in a tale of power and agency.

Another one of the October 2 crowd, Sawkill Girls by Claire Legrand sounds like the perfect Halloween read for 2018. Compared to Stranger Things, it is about a group of girls who finally fight an evil that has been kidnapping girls since forever.

Last year, I loved Barbary Station by R.E. Stearns and I cannot wait for its sequel Mutiny at Vesta, coming out on October 4. Main characters and power couple Adda and Iridian survived a murderous AI in the previous novel and have joined Captain Sloane’s infamous pirate crew. Now the group is in Vesta and things are not the paradise they thought it would be, there are other villains and megacorps to fight and I hear this book has FIVE HEISTS and I am very much here for that.

Blanca & Roja is the upcoming YA novel by Anna-Marie McLemore about rival sisters whose family is bound to a bevy of swans. They know that one day, one of them will be a girl forever but the other will become a swan. From an author known for her beautiful writing and her Latinx stories, this October 9th release is right up there for me.

The Consuming Fire by John Scalzi is the sequel to last year’s excellent space opera The Collapsing Empire. There is an empire on the verge of collapse and the Flow, the extra-dimensional conduit that makes space travel between far away places possible, is disappearing. What will humanity do? The answer, I am sure, will be immensely fun to read and I will be there checking it out on October 16.

Finally, a book coming out in November, Empire of Sand by Tasha Suri is a Mughal India-inspired debut fantasy about Mehr, the illegitimate daughter of an imperial governor and an Amrithi mother. Amrithis are outcasts in this world and Mehr has magic she should not have. There are sleeping Gods, oppressive Empires, and women being awesome here. What is not to anticipate?

What about you? Any titles you are looking forward to reading soon?