10 Most Anticipated Fiction Books of 2022 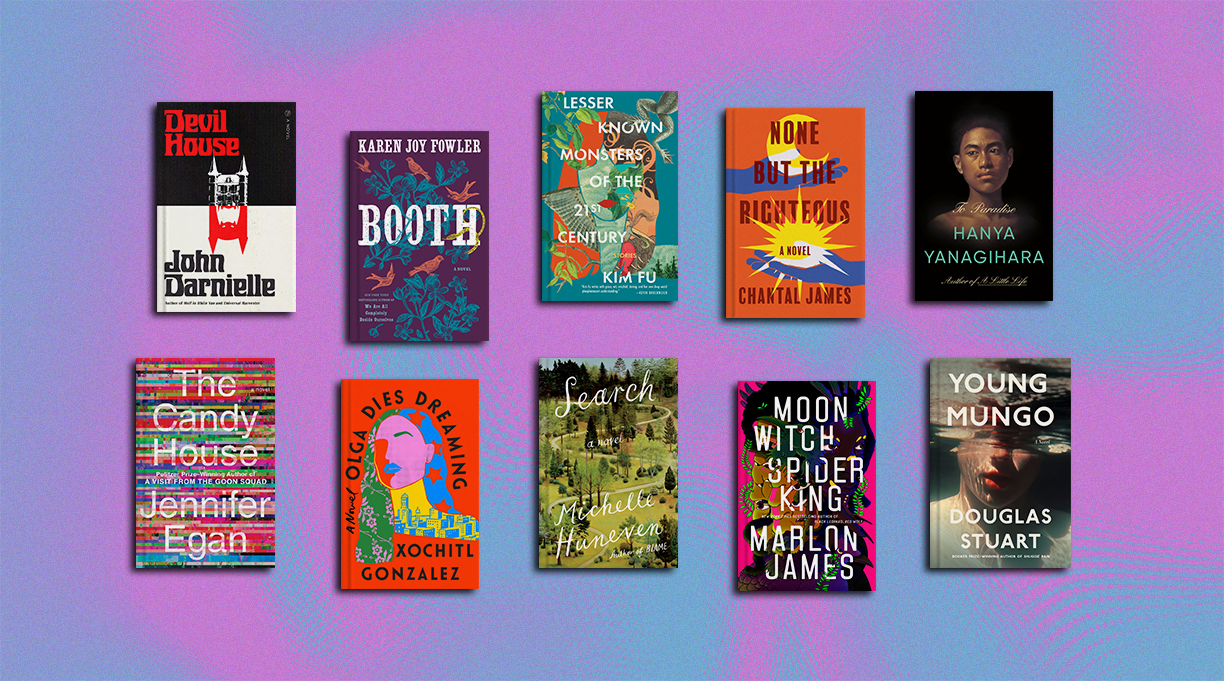 Bacground by Marcel Strauß on Unsplash

New year, new books: The next few months will bring beloved voices and new visions to the fiction shelves. Here is a selection of 10 titles to look forward to.

In her first novel, Olga Dies Dreaming (Flatiron, Jan. 11), Xochitl Gonzalez introduces Brooklyn siblings Olga and Prieto Acevedo, Olga a high-end wedding planner and Prieto a congressman representing the district where they grew up. There are dramas both personal and political; our review calls the book “atmospheric, intelligent, and well informed: an impressive debut.”

Chantal James’ debut novel, None But the Righteous (Counterpoint, Jan. 11), is narrated by the spirit of St. Martin de Porres, who died in 17th-century Peru and now watches over Ham, a 19-year-old orphan who’s trying to find a home after he’s displaced from New Orleans after Hurricane Katrina. Our review says it’s “a mesmerizing story told by an impressive and captivating voice.”

Hanya Yanagihara’s last novel, A Little Life, won the Kirkus Prize for Fiction in 2015, and it’s earned devotion from readers—I know a college student who regularly rereads the parts that make her cry. It won’t surprise fans to learn that the title of Yanagihara’s new novel, To Paradise (Doubleday, Jan. 11), is not exactly uncomplicated; as our review says, the book is “gigantic, strange, exquisite, terrifying, and replete with mystery.”

Musician and novelist John Darnielle returns with Devil House (MCD/Farrar, Straus, and Giroux, Jan. 25), about a true-crime writer whose latest project has him asking uncomfortable questions about his own gig. It’s an “impressively meta work that delivers the pleasures of true crime while skewering it,” according to our review.

Our review points out that the title of Kim Fu’s powerful short story collection, Lesser Known Monsters of the 21st Century (Tin House, Feb. 1), isn’t a metaphor; these stories really do include, among other things, a sea monster and a sinister doll; Fu “is equally at home chronicling bizarre events and her characters’ inner lives.”

Karen Joy Fowler’s Booth (Putnam, March 8) is about the family of Shakespearean actors that produced John Wilkes Booth, Lincoln’s assassin, but it’s also about tensions in 19th-century America—and, as our review says, “the similarities to today are riveting and chilling.”

Douglas Stuart’s first novel, Shuggie Bain (2020), came out just before the pandemic began, and many Kirkus staffers read it during lockdown. “You will never forget Shuggie Bain,” our review said, and that was right. His second novel, Young Mungo (Grove, April 5), tells the story of two working-class Glasgow men, one Protestant and one Catholic, who have to hide their love as they try to find a way to be together.

Twelve years after A Visit From the Goon Squad, Jennifer Egan’s new novel, The Candy House (Scribner, April 5), uses some of the same characters “to continue her exploration of what fiction can be and do in the 21st century,” according to our review. What would happen if, in a form of social media gone wild, people could access not only all their own memories, but the memories of everyone else who’s chosen to share them? Our review says this is “a thrilling, endlessly stimulating work that demands to be read and reread.”

You might not think a Unitarian church’s ministerial search committee is the stuff of fiction, but Michelle Huneven will prove you wrong. Her new novel, Search (Penguin Press, April 26), has it all, according to our review: “the voting, the vetting, the drama, the discord, the anti-oppression training.…Like the lamb shank at the cafeteria, tender, salty, and worthy of note.”