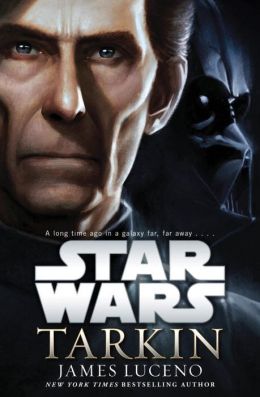 The holidays are once again upon us and we can look forward to time with family and friends, gorging ourselves on foods we don't otherwise eat at any other time of the year, and—hopefully—time off from work and school so we can catch up on our reading. It also means that it's time once again to buy gifts for our loved ones. The hardest part of gift buying, for me anyway, is finding that perfect gift—the one that's a perfect match for the recipient.

Do you have a science fiction, fantasy and/or horror fan on your gift list? If so, then I'm about to make your job a whole lot easier.

A Long Time Ago…

…in a galaxy far, far away, George Lucas launched a cultural phenomenon with the movie Star Wars. After producing two trilogies, Lucas handed over the reins of Star Wars to Disney, who is now expanding the universe even further. New television series are already starting to appear, and a new set of films are currently in production. Undoubtedly, this is a good time to be Star Wars fan. Even better for you, the gift-giver, it's likely that Star Wars fans are openly raving about what the future may hold. And that means that said fan just gave you a bunch of juicy options for checking them off your gift list.

For the Star Wars fan who's an avid reader of fiction, there is a steady stream of Star Wars novels to keep them busy. (If you want to look hip, pick up the latest book: Tarkin by James Luceno, which focuses on the back story of Grand Moff Tarkin, the man who will one day run the Death Star.) But if you want to "go the extra parsec," you'll want to consider the plethora of specialty books that recently hit the market.

For starters, check out Star Wars: Imperial Handbook Deluxe Edition by Daniel Wallace, a pleasingly luxurious gift book that any Star Wars fan will adore. It's an in-story guidebook, of sorts, aimed at the newly promoted commander in the Imperial Army which rules the galaxy under the firm hand of the Emperor. It's everything you wanted to know about the empire, but were afraid to ask, like; their strategic vision (Did you doubt they had one?); interesting worldbuilding details about all the factions of the empire like the Imperial Navy; ranks a

nd insignias (you wouldn't want to misidentify a higher-ranking officer!); all the different types of Imperial ships and weapons; Imperial uniforms; all about stormtroopers (history, academics, training, etc.; and more. Extravagantly produced and wonderfully illustrated (Costumes! Propaganda posters! Lots of great art!), this one is sure to please.

Speaking of costumes, if the Star Wars fan in your life is into costuming, then check out Star Wars: Costumes by Brandon Alinger and J.W. Rinzler, in which the authors gained unprecedented access to the Lucasfilm Archives so that they can showcase the costumes that have since become iconic, like Darth Vader's cape and mask, and Princess Lei's metal bikini. If your Star Wars fan is creative, they're sure to love The Adventures of Luke Skywalker, Jedi Knight, a picture book in which Tony DiTerlizzi examines the production of the original Star Wars trilogy. The real anchor of the book is the artwork by Ralph McQuarrie, who worked on the concept art for the first three films. (An alternate edition of the book comes in a sturdy slipcase.) Meanwhile, Star Wars Art: Posterscollects some of the best Star Wars poster art across all films and television productions.

For Comics Nerds, Whovians and Other Geeks

If you know a huge Star Trek fan (not a Star Wars—for your own safety, don't confuse the two), then the must-have gift is Star Trek: Ships of the Line edited by Doug Drexler and Margaret Clark. This is an excellent visual compendium of all the ships of Starfleet. (Don't worry, the recipient will know what that means and how awesome it is.) Each page of eye candy comes with some

flavorful back story and offers fans a way to immerse themselves in that universe.

If the special nerd in your life is a reader of comics, there are a few things to know about. First up is Superman: The Golden Age Sundays 1946-1949 by Alvin Schwartz, Jerry Siegel and Wayne Boring. This is the second book in a series that collects Superman Sunday comic strips. Meanwhile, The World According to Batman, written by Daniel Wallace and illustrated by Joel Gomez and Beth Sotelo, is a great, beautifully illustrated resource for all things pertaining to Gotham's Dark Knight, like his origin story, the secrets of the bat cave and more.

Chances are the general-purpose geek in your life is a fan of the television show The Big Bang Theory. If so, be sure to consider Unraveling the Mysteries of The Big Bang Theory by George Beahm, a comprehensive guide to the show's first seven seasons.

Doctor Who is a decades-long mainstay for TV-watching geeks. This year, Peter Capaldi took over the role of the Doctor, which probably means that whatever Doctor Who information your geeky loved one has is already out of date. Catch them up with the Doctor Who Official Annual 2015. It's loaded with information about the 12th Doctor and secrets from the latest TV season. Or, if your gift recipient is a Whovian and reader, there's a collection of prose stories to consider. Doctor Who: 12 Doctors, 12 Stories features fiction by Neil Gaiman, Holly Black, Philip Reeve, Patrick Ness and Eoin Colfer.

If your science fiction, fantasy and/or horror fan is a fan of classic films and magazines, then you may want to know about the Worlds of Fiction 2015 calendar. Each month showcases a fantastic piece of pulp art in the form of a classic movie poster or magazine cover. Similarly, there's the Cult Attack Calendar, which showcases art from classic low-budget sci-fi and horror films and magazines o

The art book The Art of Space: The History of Space Art, from the Earliest Visions to the Graphics of the Modern Era by Ron Miller is a visual feast for those who are passionate about the promise of space travel and all its wonders. Want to see the progression of alien life forms in space art? It's in there. Spaceships and space stations? That's in there, too, as are images of planet, moons, space colonies and cities. The book is also educational in that it discusses the history of space art—but it’s the eye candy that will keep readers picking it up to browse it again and again.

Finally, for the well-rounded science fiction fan, consider the guaranteed pleaser Sci-Fi Chronicles: A Visual History of the Galaxy's Greatest Science Fiction edited by Guy Haley, which I mentioned a few weeks ago. It's stuffed full of great information that fans will love.

And now, with all of these gift choices, you have no excuse to let the holidays go by without making the geek in your life happy. You're welcome.