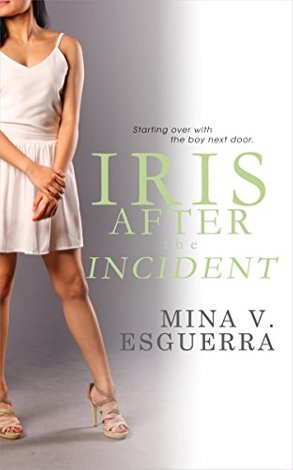 I know I said it last week too, and the week before, but really, in a way, isn’t all of January an opportunity to make changes? Like our shiny new calendars and planners—blank canvases onto which we pour our hopes and resolutions, one inky stroke at a time? (Or keystroke, if you’re more electronically inclined.)

I always begin the year with intentions to read more new authors, but my choices tend to be limited—if I’m reading, I’m pretty much reading an assigned book for review. Since I am fortunate enough to get paid to review books by one of the most respected literary media platforms, I try to honor that good fortune by keeping my reading focused on those books. I don’t get paid much for what I do, especially considering I’m not the fastest reader in the world. (I like to say I’m a fast reader for normal people, but not for fast readers! And a lot of romance readers, I think, are among the fastest readers in the world!)

But I’m also fortunate to have access to a lot of audiobooks, which allows me to “meet” many new and new-to-me authors. But not all of them. I am limited both by the choices publishers make in who gets titles in audio, and also the relationships I have with audio publishers.

Nonetheless, for some 2019 reading resolutions, I’m going to make a point each month to either read or listen to new authors, or authors I’ve read in the past and loved but haven’t had the chance to write about for awhile. I signed up for the audible romance package, which may help some, but a lot of books I’d like to read aren’t there.

One of my first listens in January was IRIS AFTER THE INCIDENT (Chic Manila Book 8) by Mina V. Esguerra, which was great. I’ve had my eye on MVE for a couple of years, and she finally had an audiobook produced. YAY!

Which moment has defined your life so far?

Whether she likes it or not, Iris’s life has been divided into two: Before the Incident, and After the Incident. Something very private was made very public, and since then life has been about recovering from being shamed, discovering her true friends, and struggling to find a new normal.

Two years into this new life and she finally connects with a guy again. He lives in the apartment down the hall, he’s hot, and he doesn’t look at her that way. He doesn’t know what happened. But he also won’t give her his name, not right away—which has to mean he’s got something to hide too.

Iris wants to start over. Should she do that with the only person who will understand, or is this the exact same decision that got her in trouble in the first place?

(Part of the Chic Manila series, but can be read as a standalone.)

Two wounded souls wind up being perfect for each other, but they may sabotage their happiness through their own insecurities and lack of trust, for the world and each other.

A really sexy and thought-provoking read. MVE is a prolific romance writer based in the Phillipines, and I’m hoping more of her titles become available in audio—her writing is great and these two characters were really engaging. I’d especially love to see her young adult/fantasy trilogy INTERIM GODDESS OF LOVE—a college love story featuring gods from Philippine mythology—wind up in audio. (Doesn’t that sound great???!)

These are some titles I’m determined to either read or listen to before March:

Jamie Pope—HOPE BLOOMS (review) I’ve had my eye on this title, which revolves around a school shooting, since it came out in 2017, and I tried to get it as a download from Recorded Books last year (thank you, RB!). But my computer didn’t like their tech and I didn’t have time to figure it out (another 2019 resolution). I’ll either be reading or listening to it in January. I’ve read a few titles by her, both as Jamie Pope and as Sugar Jamison. (I listened to DANGEROUS CURVES AHEAD when it came out; it’s now part of the audible romance package, so check that one out if you have that!)

Vanessa Riley—I just love the write-ups for her 2018 series, Advertisements for Love. Though I received a digital copy of the first title, THE BITTERSWEET BRIDE, I didn’t have time to read it. The second one, THE BASHFUL BRIDE,  looks particularly intriguing:

A friend's newspaper advertisement for a groom nets the most famous actor in London, Arthur Bex. Shy heiress Ester Croome proposes to elope with the handsome man, who she's secretly loved for two years, in order to escape an impending engagement arranged by her overbearing family.

Trying to outlive the shadow of his villainous uncle, Bex needs to marry quickly—to a woman of good character. And smart, beautiful Ester fits the bill. But a harrowing trip to Gretna Green and dangerous abolition rallies prove to be a more treacherous stage than either imagined. Infatuation and a mutual love for Shakespeare might not be enough to bind a couple looking to outrun the chains and secrets of family and the past.

I also noticed that VR is in an anthology coming out in February, LOVE BY THE LETTERS, a novella trio that also includes Grace Burrowes and Kelly Bowen. Looks great!

Watch out what you wish for...

For three couples, a letter promising an anonymous gift of wealth offers worldly success and dreams come true, provided each pair can learn not only to work together, but also to see differences as strengths.

Finally, you’ve all discovered the glory of Zoraida Cordova, right? I just loved her first Brooklyn Brujas book, LABYRINTH LOST, and didn’t get a chance to finish Book 2, BRUJA BORN (review here) when it came out. I just love the Latinx aspect of these books, and this one looks just as good as the first.

Lula Mortiz feels like an outsider. Her sister's newfound Encantrix powers have wounded her in ways that Lula's bruja healing powers can't fix, and she longs for the comfort her family once brought her. Thank the Deos for Maks, her sweet, steady boyfriend who sees the beauty within her and brings light to her life.

Then a bus crash turns Lula's world upside down. Her classmates are all dead, including Maks. But Lula was born to heal, to fix. She can bring Maks back, even if it means seeking help from her sisters and defying Death herself. But magic that defies the laws of the deos is dangerous. Unpredictable. And when the dust settles, Maks isn't the only one who's been brought back...

I also discovered that a) her young adult On The Verge titles are in the audible romance package and b) they’re also only $2.99 for Kindle and you can buy the audio for only $1.99 at the same time (i.e. only $5 + tax for both the e-book and audio versions) so I took advantage of that great deal and bought the first two of those.

Happy New Year (again)! May your reading this year bring you joy and open windows to vast new universes.