4 New Adaptations To Watch in November 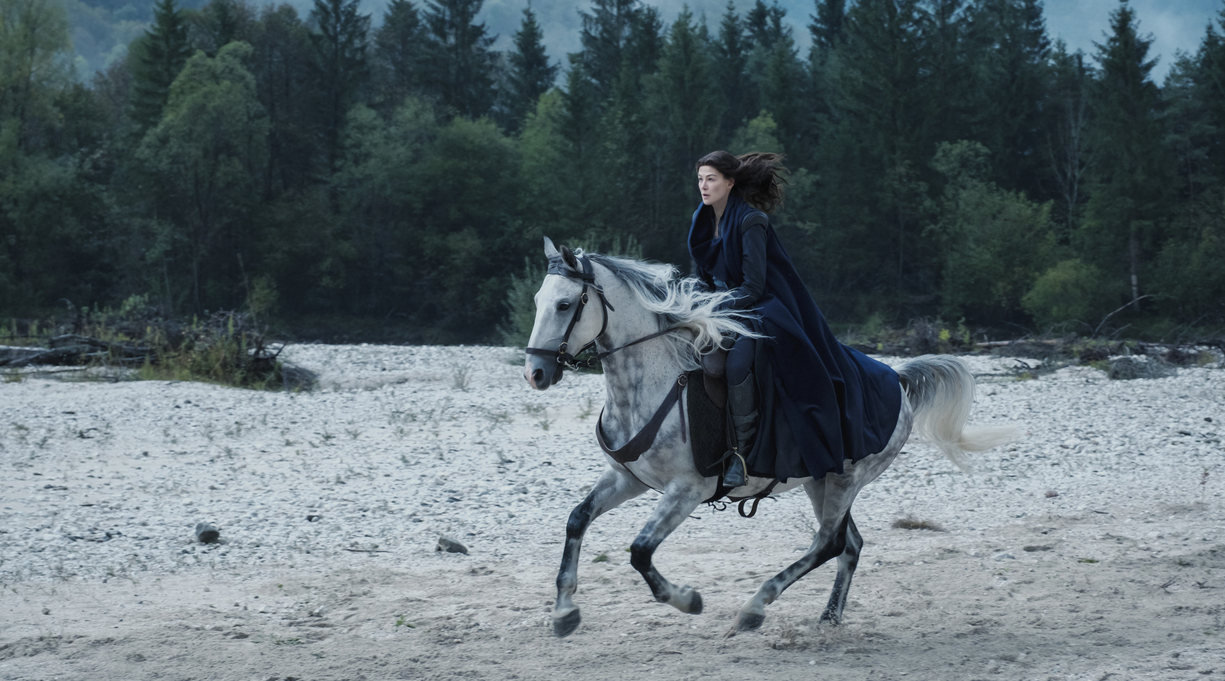 Rosamund Pike in ‘The Wheel of Time.’ Photo by Jan Thijs/Amazon Studios and Sony Pictures Television

Watch for Kirkus’ upcoming in-depth columns on Harriet the Spy, a new Apple TV+ animated series based on the classic Kirkus-starred children’s novel by Louise Fitzhugh (premiering Nov. 19), and the Lady Gaga–starring film House of Gucci, based on the true-crime book by Sara Gay Forden (premiering Nov. 24). Until then, here are four more book-to-screen adaptations to put on your November calendar:

Nov. 10: Clifford the Big Red Dog (film premiere in theaters and on Paramount+)

Author/illustrator Norman Bridwell, who died in 2014, created the much-loved character of Clifford in 1963. The gigantic canine and his owner, young Emily Elizabeth, went on to feature in dozens of titles for young readers. The books inspired several animated TV series over the years, as well as a 2004 animated film, Clifford’s Really Big Movie. (Fun fact: The head writer for one of those cartoon shows, Clifford’s Puppy Days, was Suzanne Collins, who went on to write the Hunger Games novels.) This newest film adaptation combines live-action and CGI animation in an original tale in which an evil genetics company, led by The Mysterious Benedict Society’s Tony Hale, pursues the big red pooch. Big Little Lies’ Darby Camp stars as Emily Elizabeth, and Monty Python alum John Cleese appears as an animal rescuer named Mr. Bridwell. The fire-engine-red canine looks a bit surreal in a live-action context, but it’s intriguing to see Clifford in New York City, where Bridwell wrote the first book; other animated adaptations were set on an island that strongly resembled Martha’s Vineyard, where the author lived for much of his later life.

This film version of Nella Larsen’s critically acclaimed 1929 novella (included in  An Intimation of Things Distant: The Collected Fiction of Nella Larsen), was shown at January’s Sundance Film Festival as part of its virtual program—the first time its attendees had the option to stream its offerings, due to the Covid-19 pandemic. Now, the movie is getting a general release on Netflix. It tells the story of a mixed-race woman, Clare Kendry (Oscar nominee Ruth Negga) who passes for White and hides her heritage from her racist White husband, Jack (The Little Drummer Girl’s Alexander Skarsgård). She also has a complicated relationship with her mixed-race, activist friend Irene Redfield (Westworld’s Tessa Thompson), who identifies as Black. All are wonderful actors, and the movie’s writer and director, Rebecca Hall, is well-known for her own acting work in such films as 2016’s Christine.

Amazon Studios appears to be going all-in on the fantasy genre. It’s not only working on a new series based on J.R.R. Tolkien’s Lord of the Rings trilogy—due to premiere in September of next year—it’s also behind this series adaptation of the late Robert Jordan’s sprawling Wheel of Time saga. The 14-book series began with 1990’s The Eye of the World and concluded with 2013’s A Memory of Light, one of three novels completed by Brandon Sanderson after Jordan’s death in 2007. The first season appears to be based on the first installment, which follows a small group of travelers after they flee their village, pursued by minions of the evil Dark One. Their mentor is Moiraine Damodred, a powerful, magic-wielding “channeler”; in the show, she’s played by Oscar nominee Rosamund Pike of Gone Girl fame. The book series is well-known for its exceedingly large cast of characters. One can only hope that all the other players don’t crowd Pike off the screen, as her performances are always a pleasure to watch.

Matt Haig’s Kirkus-starred children’s novel presents the story of Father Christmas’ early years. Nikolas, a young Finnish boy, goes on a quest to find his father, who’s on a quest to prove the existence of elves. Along the way, Nikolas saves an injured reindeer, whom he names Blitzen, and eventually finds the elves his father sought—but that’s just the start of his Yuletide legend. This film version stars relative newcomer Henry Lawfull as Nikolas and The Flight Attendant’s Michiel Huisman as his father, with supporting turns by an impressive array of actors, including Maggie Smith, Jim Broadbent, Sally Hawkins, and Kristen Wiig. Director/co-writer Gil Kenan is best known for his work in the horror genre—he directed the 2015 remake of Poltergeist—but the trailer for this movie promises fewer frights and plenty of clever fantasy elements.