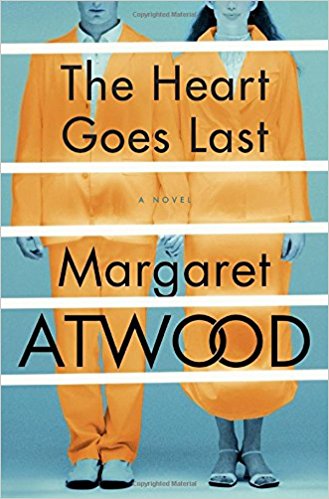 Last month, I recommended you read Allen Steele's Captain Future origin story Avengers of the Moon. You should also check out his back catalog for his Coyote series, which follows the trials and tribulations of interstellar exploration and planetary settlement. In the first book, Coyote, the plan to launch the first interstellar ship from Earth goes awry when the ship is hijacked by her captain and crew in order to escape the authoritarian government set up after the fall of the United States. Their destination is the 47 Ursae Majoris system, a star system forty-six light years away, which contains a human-habitable moon dubbed Coyote. That's where the challenge really begins. How does a hostile and divided crew of 100+ people establish a peaceful new home?

It's a great setup and one that stands as the basis for some excellent storytelling. That's why the entire Coyote series was optioned for a television adaptation. There's plenty of material to work with; there are eight novels in the series. It helps that Steele's stories are not only plausible but accessible even to viewers who aren't genre fans.

The Lives of Tao by Wesley Chu

In The Lives of Tao, an out-of-shape IT technician is enlisted to help fight an alien civil war. He doesn't have much choice, because one of the aliens is living in his head. The ancient alien life-form named Tao takes control of the technician named Roen and trains him to become an assassin, ready to fight the opposing faction, the Genjix. The stakes are high; the Genjix are willing to wipe out the entire human race to escape from planet Earth and win their civil war.

Chu's story, which leans towards the lighter side of science fiction, has been optioned for a television adaptation by ABC studios, who also picked up the rights to the two sequels. The series is to be developed by Tara Butters and Michele Fazekas, the executive producers behind Agent Carter. Author Wesley Chu will also serve as a consultant on the series, which is always a good sign for those who worry about adaptations losing the spirit of the story.

The setting for Margaret Atwood's dystopian story The Heart Goes Last is after a nationwide economic collapse. Stan and Charmaine, a married couple trying to make ends meet, sign up for a program that guarantees a roof over their heads and jobs for six months out of the year. The catch is that they have to spend the other six months as prison inmates. To make matters worse: Charmaine becomes romantically involved with the man occupying her house, thus putting Stan's life in danger.

MGM Television, who is adapting Atwood's The Handmaid's Tale for Hulu, has picked up the television rights for Atwood's chilling dystopia. The longer format should allow for the story's dramatic slow boil to play out quite nicely.

What happens when you mix James Bond with science fiction? The result might be by Jason M. Hough's Zero World. Peter Caswell is a technologically enhanced superspy whose mission is to track down the missing (and lone surviving) crew member of a long-lost spaceship that has just resurfaced. That might not be easy. It looks like he vanished through a tear in space that leads to an alternate Earth.

The television rights to Hough's near-future spy thriller were sold to Shifting Gears Productions. As is often the case with adaptation news, it's still too early to know much more, but if this is to be a successful project, then the show should try its hardest to maintain the excitement  of the book.

Speaking of parallel worlds, why have one when you can have many? In Crouch's Dark Matter, there exists a whole series of alternate Earths. When ordinary college physics professor Jason Dessen is abducted and knocked out, he wakes up in a world very different from his own. In this world, he never married his wife and he is a far-from-ordinary scientific genius. In some ways, Jason's life is better, in others, not so much. Jason must decide if this is a once-in-a-lifetime chance to reboot his life or find a way home.

Sony studios is so smitten over Crouch's science fiction thriller, that it's been on their radar since the project was pitched to them, even before the book was published. Roland Emmerich, the producer/director attached to such films as The Day After Tomorrow and Independence Day, has been associated with this adaptation, so expect high-octane storytelling.

The Diabolic by S.J. Kincaid

In S.J. Kincaid's novel of corruption and deception, a galactic senator conceives of a plan to protect his teenage daughter, Sidonia. He creates a specially-bred humanoid (called a Diabolic) to protect her. His creation, named Nemesis, has grown up side-by-side with Sidonia and she would sacrifice her life without question to save her sister. She would also kill to protect her. When the Emperor learns of the Senator's plots to overthrow him, the Emperor takes Sidonia as hostage. But it's a disguised Nemesis who enters the Galactic court.

Film rights for Kincaid's young adult novel were acquired by Columbia Pictures and Matt Tolmach. Again, it's still too early to know much more, but they are already likening it to The Hunger Games and likely looking to strike similar gold.

Another worthy young adult novel hitched up to the film adaption train is Paolo Bacigalupi's wonderful Ship Breaker. It takes place in the flooded, post-oil wasteland of the Gulf Coast. There, a young boy named Nailer is faced with an important decision: either claim a wrecked ship as salvage and live like a king among the poor, or save the rich girl survivor and perhaps find a way to a better life.