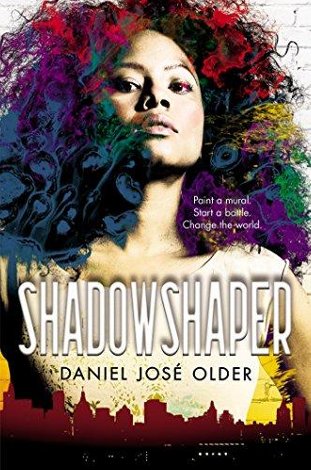 Book series are a hallmark of science fiction and fantasy for a simple reason: readers love coming back to imaginative worlds they've enjoyed. At the same time, books that are part of a series could be a tough sell for readers who are new to the story. Here's a handful of new science fiction and fantasy sequels that easily work as standalone stories, but be warned! They'll probably make you want to read the whole series from the beginning anyway.

The Bronze Skies by Catherine Asaro

SERIES: Catherine Asaro's long-running Saga of the Skolian Empire space opera series, which began with 1995's Primary Inversion, is a multi-generational story about an interstellar empire and their power struggle with the rival Eubian Concord. The Bronze Skies is the…wait for it…twenty-second book in the series. But fear not! If that's too big a bite to chew, know that The Bronze Skies is only the second book in the Major Bhaajan sub-series (which began with Undercity) about a tough former military officer who is now working the dangerous streets of the Empire's capital city as a Private Investigator.

WHAT IT'S ABOUT: Major Bhaajan is assigned by the matriarch herself, Ruby Pharaoh, to find an assassin. The killer, it turns out, is a member of the Jagernauts, an elite group of soldiers in the Imperial Space Command. The murder should have been impossible since all members of the Jagernauts have implants to prevent such killings. Major Bhaajan, formerly a member of Imperial Space Command, uses her hard-earned experience to track down the killer and bring him to justice in this fast-paced action/adventure.

SERIES: Mercedes Lackey's Hunter series, comprised of Hunter (2015) and Elite (2016), involves monsters from another realm called Otherworld and how they

can come into our world, wreaking havoc. Their existence has forced people to huddle in cities that are protected by a corps of teenaged hunters, like series protagonist Joyeaux Charmand.

WHAT IT'S ABOUT: In this series closer, Joy, a member of the Elite Hunter Command protecting Apex City, becomes a target of the PsiCorps, a corrupt faction that seeks to take control of the city away from the Hunters. Meanwhile, her ex-boyfriend Josh, a Psimon who was forbidden to have a relationship with an "enemy" Hunter, is in danger of becoming a test subject in a dangerous experiment intended to empower the PsiCorps to defeat the Otherside monsters once and for all.

SERIES: The MJ-12 supernatural thriller series mixes superheroes into an alternate Cold War-era espionage. MJ-12 is an abbreviated name for MAJESTIC-12, the top-secret government program that turns ordinary citizens into beings with various supernatural abilities. The first book was MJ-12: Inception. MJ-12: Shadows is the second book in the series.

WHAT IT'S ABOUT: In Shadows, it's 1949 and the MAJESTIC-12 program has its hands full: some of the superpowered humans (called “Variants”) are commissioned to fight the good fight in Syria; some are at home trying to assist the program with the uphill battle taking place in the political halls of Washington, D.C; and back at Area 51, MAJESTIC-12's headquarters, a new wave of Variant recruits are eager to start their first mission. However, mysterious figures are lurking about everywhere and their intentions are unknown. Are they out to expose the Variants or to destroy them? Read this exciting blend of alternate history superheroes to find out.

The Brightest Fell by Seanan McGuire

SERIES: McGuire's October Daye urban fantasy series, which was just optioned for television, portrays a world where fairies are real. The series is named after the half-human/half-Fae changeling protagonist, October "Toby" Daye. McGuire's October Daye output alone qualifies her as being prolific. There are now eleven books in the series. Not bad for a series that started in 2009 (with Rosemary and Rue).

WHAT IT'S ABOUT: In The Brightest Fell, Toby's estranged mother Amandine appears on Toby's doorstep demanding help. When Toby refuses, Amandine starts taking hostages. Forced to comply, Toby teams up with an unlikely ally, an elf named Simon Torquill, to find a so-called pureblood who has been missing for more than a hundred years. Oh, and it just so happens that the missing person is Amandine's oldest daughter.

SERIES: The Sholan Alliance is series began with 1993's Turning Point. Circle's End is the ninth and final book. The stories are planetary romance tales within a space opera setting and are noted for the inclusion of numerous alien species and the ensuing interspecies conflict. The feline-like aliens known as the Sholans possess Psi Powers such as telepathy to maintain their civilization. The series follows Carrie, a human telepath, and the Sholan to whom she is linked, Kusac, in their fight against the warlike Valtegans.

WHAT IT'S ABOUT: In Circle's End, the fight against the villainous Valtegans comes to the Sholan home world, which has been occupied by Valtegans for some time. Kusac, feeling his calling to assume the role of Avatar of Justice, works with his clan to destabilize the Valtegan society by posing as the avenging spirit of a legendary hero long since dead. Meanwhile on a distant world, even Kusac's son becomes dangerously involved in the plan to overthrow the Valtegans.

SERIES: The Shadowshaper Cypher contemporary fantasy series centers on Sierra Santiago and shadowshaping, a magic that infuses ancestral spirits into paintings, music, and stories. The 2-book series is comprised of Shadowshaper and the new novel Shadowhouse Fall.

WHAT IT'S ABOUT: In Shadowhouse Fall, Sierra receives a card from the enigmatic and influential Deck of Worlds. Thus, Sierra and her shadowshaping friends know their next battle against the supernatural will be against the dangerous beast known as the Hound of Light. Meanwhile, they must also contend with the forces of oppression that threaten to take down their community in the real world.

SERIES: In the tongue-in-dead-cheek White Trash Zombie series, which began with 2011's My Life as A White Trash Zombie, Diana Rowland takes the zombie genre for a light-hearted spin. The undead protagonist is Angel Crawford, a zombie detective with a dark sense of humor.

WHAT IT'S ABOUT: New school zombies meet old school zombies in White Trash Zombie Unchained. Angel Crawford learns about a truly dangerous new class of mindless zombies who are ravenous, infectious shamblers. Angel and her associates rush to find a cure before the epidemic spreads. When Angel discovers the source of the quickly-spreading outbreak, she is forced to up her game even further. This time she's kicking butt and taking names like never before.