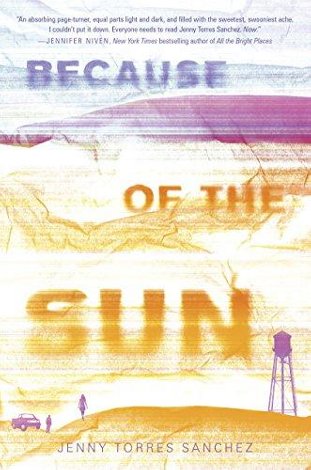 PHEW! I finally finished listing my favorites of 2016, and now it’s time to start the merry-go-round up again and look at the new releases of January 2017.

Here are a few of the titles that I’m planning on picking up:

After a court case that was covered nationally, fifteen-year-old Mary is in “baby jail” for allegedly killing a 3-month-old. Devastating and difficult topics—race and reproductive rights within the prison-industrial complex—but, according to the Kirkus review, Jackson writes about them in a way that is matter-of-fact, rather than sensationalized or exploitative. Reading the review alone prompted me to finally order a copy of The New Jim Crow, which has been on my list for ages. Starred review.

Our Own Private Universe, by Robin Talley

15-year-old Aki and her best friend make a pact to “hook up with someone three times” while on their month-long church mission trip to Mexico. I’m especially looking forward to this one because it focuses on queer teens AND depicts faith in a positive light. It’s always nice to see stories put forth the idea that YES, IT IS POSSIBLE TO BE TRUE TO YOURSELF ON MULTIPLE FRONTS—in this case, sexual orientation and identity, and religious/spiritual beliefs. Starred review.

History Is All You Left Me, by Adam Silvera

Because of the Sun, by Jenny Torres Sanchez

While we see plenty of grief in YA, we don’t see a lot of stories about characters dealing with the complicated grief that comes after the death of an abusive parent. That, combined with the incorporation of Albert Camus’ The Stranger—I love YA that ties in classic lit, and it’s always a treat to see authors stretch beyond J.D. Salinger, Jane Austen, and/or Walt Whitman—landed Because of the Sun on my list.

Stone Mirrors: The Sculpture and Silence of Edmonia Lewis, by Jeannine Atkins

Atkins’ Finding Wonders was one of my favorites last year, so I’m very much looking forward to this one. Stone Mirrors is a verse novel about the life and career of sculptor Edmonia Lewis, grappling with race and art and prejudice in the mid- to late-1800s. Starred review.

Loving vs. Virginia: A Documentary Novel of the Landmark Civil Rights Case, by Patricia Hruby Powell and Shadra Strickland

Another verse novel, also based on a true story. Loving vs. Virginia is the case that ultimately resulted in overturning laws that banned interracial marriage—2017 will be its 50th anniversary. (Yes, it’s only been fifty years.) While I haven’t read it yet, I loaned my copy to my co-worker, and she raved about it through hiccupping sobs. Starred review.

Sheinkin’s nonfiction is always impeccably researched and entirely compelling, and he does a fantastic job of tying historical events to the personalities involved. Starred review.

Here We Are: Feminism for the Real World, edited by Kelly Jensen

A celebration of intersectional feminism through prose, poetry, and art—this one has gotten stars not only from Kirkus, but from pretty much every review outlet around. I don’t generally cover books by friends in this space—but based on the descriptions and the list of contributors, I know I’d be excited to read this one even if I didn’t know (and love) the editor.

And you? What are you looking forward to this month?