Advice to Readers Stuck in a Rut: 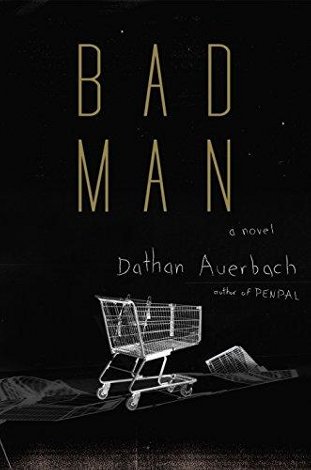 Are you looking for a book that's off the beaten path? Try one of these science fiction, fantasy or horror reads that you might have missed...

Auerbach's second novel opens with every person's nightmare: that someone close to them will disappear without a trace. In this story, it's Ben's much-younger three-year old brother Eric who disappears at a local supermarket. Ben and his family are naturally devastated. Five years on, life isn't much better. Ben's parents are still wracked with grief and in dire straits. Ben himself has never given up searching for his brother, but bills have to be paid so he gets a job working the night shift at the very supermarket where his brother disappeared. That's when things get really weird. Auerbach's Southern Gothic horror story is a gripping portrayal or destitution, hope and things that go bump in the night.

In the first book of the near-future Project Earth series (Wilders), Coryn Williams, who lives in the megacity of Seacouver, embarks on her search for her sister Lou, who fled the city to save the wilderness. Coryn's quest was not without its dangers; the wilderness is populated by people with their own nefarious agendas. In Keepers, the sisters must work together to resist the efforts of a faction known as the Returners who would rather see the modern ways reverted back to the environmentally toxic ways of the past. The Returners pose a threat to both the wilderness and the city, so the two sisters confront and fight them on their respective turf.

This science-fantasy takes place on the moon of the planet Andala, which has been conquered by the ruthless Vathek empire. Despite the occupation by her enemies, an eighteen-year-old girl named Amani still remains hopeful that her life will one day be better. She wishes to one day travel beyond her home. But the adventure she seeks comes not of her own making; poor Amani is taken by Vathek soldiers and brought to the palace where she learns that she is a near-perfect doppelganger for young Princess Maram. In order to evade attacks of resistance by the people they rule, the Vathek put lookalikes in their place. Amani is forced to act as the evil Princess in public and be ready to die for her. To protect her family, Amani must comply.

In the first book of The Questrison Saga, readers are taken to the far edges of the known galaxy, the so-called Heliopause, to the Mandira Research Station. There, the main character, Forster, sees something that nobody else can see: a series of blinking lights located in the cold, dark space outside the space station. Forster is not hallucinating, though; something is out there. Something dangerous. Its first victim is the captain of an incoming ship, who arrives in critical condition when his ship is attacked by an unseen force. Forster and his coworkers—including the mysterious Efron and elder matriarch Meredith—think that Meredith's missing daughter is the key to the mystery. What follows is a fast-moving adventure that involves aliens, telepathy and more than a couple of surprises.

In this apocalyptic satire, Candace Chen is a millennial who is seemingly content with her life, devoted to her the routine of going to work at a New York publishing house and watching movies with her boyfriend. That's when disaster strikes. A plague sweeps through the city that renders its victim slaves to mundane routines; routines that repeat over again until they die. While the city shuts down around her, Candace, despite being unaffected by the plague, continues to go to work because of the promise of a huge payout to document the apocalypse from the inside. Candace photographs and blogs about the decline of civilization while the city falls around her, eventually hooking up with a group of survivors who promise that they alone know the way to rebuild society. Severance simultaneously serves as a story of the apocalypse and a tongue-in-cheek reminder that variety is the spice of life. Plus, it's a finalist for the 2018 Kirkus Prize!

The Sacrifice Box by Martin Stewart

In this retro-throwback to 80s horror, five friends in 1982 discover a mysterious ancient box made of stone hidden deep inside the woods. Inspired by a dream one them had, they agree to make a pact. They will each place a sacrifice inside the box and abide by three rules: (1) Never come to the box alone, (2) Never open it after dark, and (3) Never take back your sacrifice. Four years later, things start happening that start weird and get downright terrifying. It's clear to the now-teenagers that someone has broken the rules and unleashed evil into their small island community.

If you're into extreme sports, Herokiller may change your mind. In this near-future thriller, reality television is taken to bloody extremes. An already-violent show called Prison Wars (a deathmatch played by incarcerated inmates) is about to be replaced by an even-bloodier competition called The Crucible. The show's creator, the megalomaniacal billionaire Cameron Crayton, fashions the show after gladiator battles of the Roman empire. If contestants are able to survive, they will be showered with untold riches. If they lose, well…hopefully there's an afterlife. Former black-ops operative Mark Wei is enlisted by his old unit to infiltrate The Crucible to find the connections between Crayton and China, America's enemy in the covert Cold War II, which led to a retaliation in which Mark lost his family. The best way to find that connection? By becoming a contestant, of course! Herokiller is a quick and fun read and is definitely worth a look.