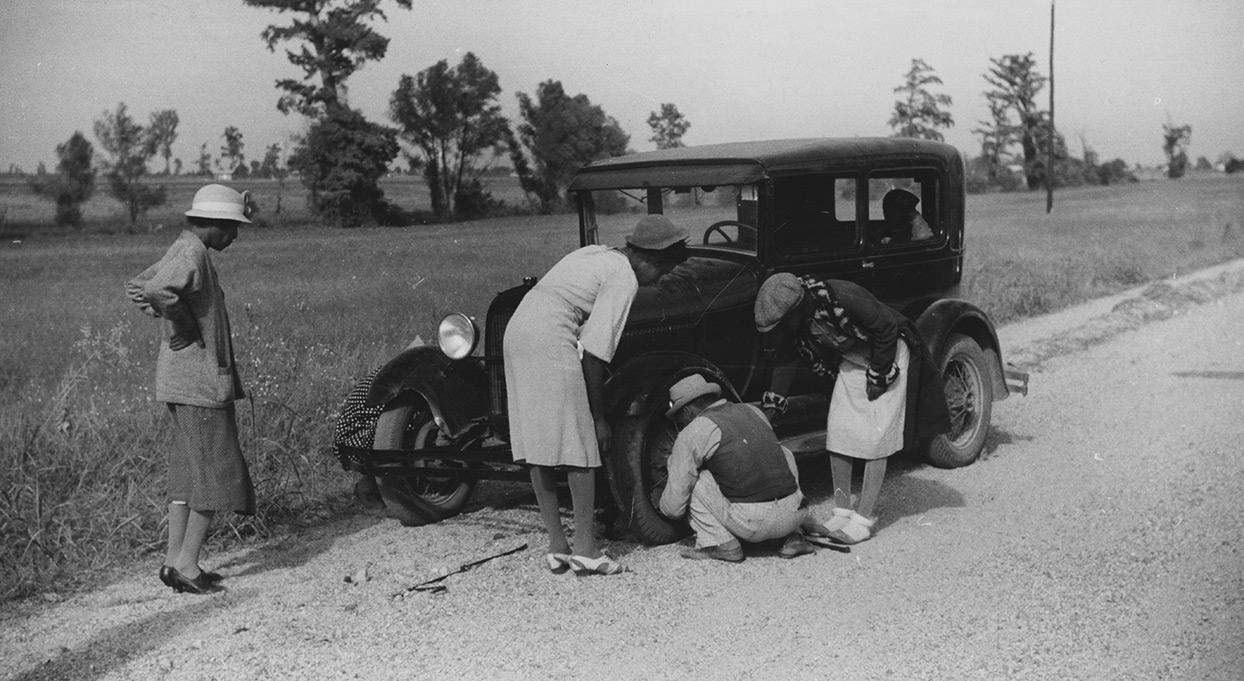 Gretchen Sorin remembers her first look at a little book that launched a long personal journey, both into African American history and her own past. A colleague shared a find with Sorin, a museum curator. “She asked me if I’d ever heard of the Green Book. She told me she’d found one,” Sorin recalled.

It wasn’t much, really—lists of names, addresses, and phone numbers, more a pamphlet than a book, but a lifeline to 20th-century African Americans—places where they could eat and sleep, rest and refuel, while they navigated a segregated country.

Today, the Green Book (full name: The Negro Motorist Green Book) is famous thanks to the Oscar-winning movie. And Sorin is publishing her own book about African American car travel. Driving While Black: African American Travel and the Road to Civil Rights (Liveright, Feb. 11) is the story of the automobile as a liberating force for African Americans, freeing them from the indignities of public transit and the inconvenience, humiliation, and terror of a Jim Crow society. It’s enlivened by Sorin’s memories of traveling with her own family in the 1950s and ’60s. Her research helped her understand the lengths her parents went to nurture and protect her: “My parents were an incredible success story; I’m not sure I realized that until I started work on this book.”

Driving While Black shows how everyday African Americans dealt with the indignities of segregation, especially while traveling. How did the automobile change things for them?

You had a growing black middle class with disposable income. If you were sitting in the back of an automobile, your parents were able to protect you from all that Jim Crow nonsense, from any taunts and cruel language you might hear. It would protect you from what you would be subjected to on a Jim Crow bus or train.

African Americans endured harrowing experiences on the road, from being denied lodging and medical care to assault and even murder. How did they protect themselves?

African Americans drove very large cars, because you didn’t know if you could stop at a garage or a restaurant that would receive you favorably. Your large Buick was a rolling living room. You carried a cooler for food, extra fan belts, blankets, and pillows in case you had to sleep in the car. You carried a pee can because you couldn’t stop in gas station bathrooms. You had to have a good car so you could stretch out in the back, in case you had to sleep in it.

How did your own parents deal with Jim Crow restrictions?

My mother went to a historically black college in North Carolina; her brother and sister paid for her to go. My father, who was drafted, went to Fort Bragg in North Carolina. That’s where they met; then they moved to New Jersey, part of the great migration. They didn’t talk about the kinds of discrimination they faced. They worked really hard, purchasing homes. Talking to colleagues and friends, I found that there was almost a cult of silence around these negative things among middle-class people. They wanted to emphasize how they had pulled themselves up out of Jim Crow. Seeing the struggles and the psychological damage of Jim Crow, I started to really understand them.

In part, your book is a history of civil rights seen through the experiences of everyday people. How did they support the work of better-known civil rights workers?

The movement needed food, and it needed money. They had to be housed, they had to be fed. In Montgomery, the bus boycott depended on the automobile. People commandeered their own cars, then the boycott itself bought a fleet of cars. Women made sandwiches and sold food and put the money into the movement; if that were known, they would lose their jobs. They basically bankrupted the Montgomery bus company.

Your book is the basis for an upcoming Ric Burns documentary. How did that come about?

I was one of Ric’s talking heads in the New York documentary project. I’m a curator, and I think in pictures. I had gathered hundreds and hundreds of pictures. We were on a panel together, so I said, we need to have lunch, I need to show you something. I showed him the pictures on my computer at the table. The waitstaff had gathered behind and were looking at the pictures; they thought the pictures were so compelling. We decided then and there, this was important, we need to do it.

Mary Ann Gwinn is a Pulitzer Prize–winning journalist in Seattle who writes about books and authors for several publications.