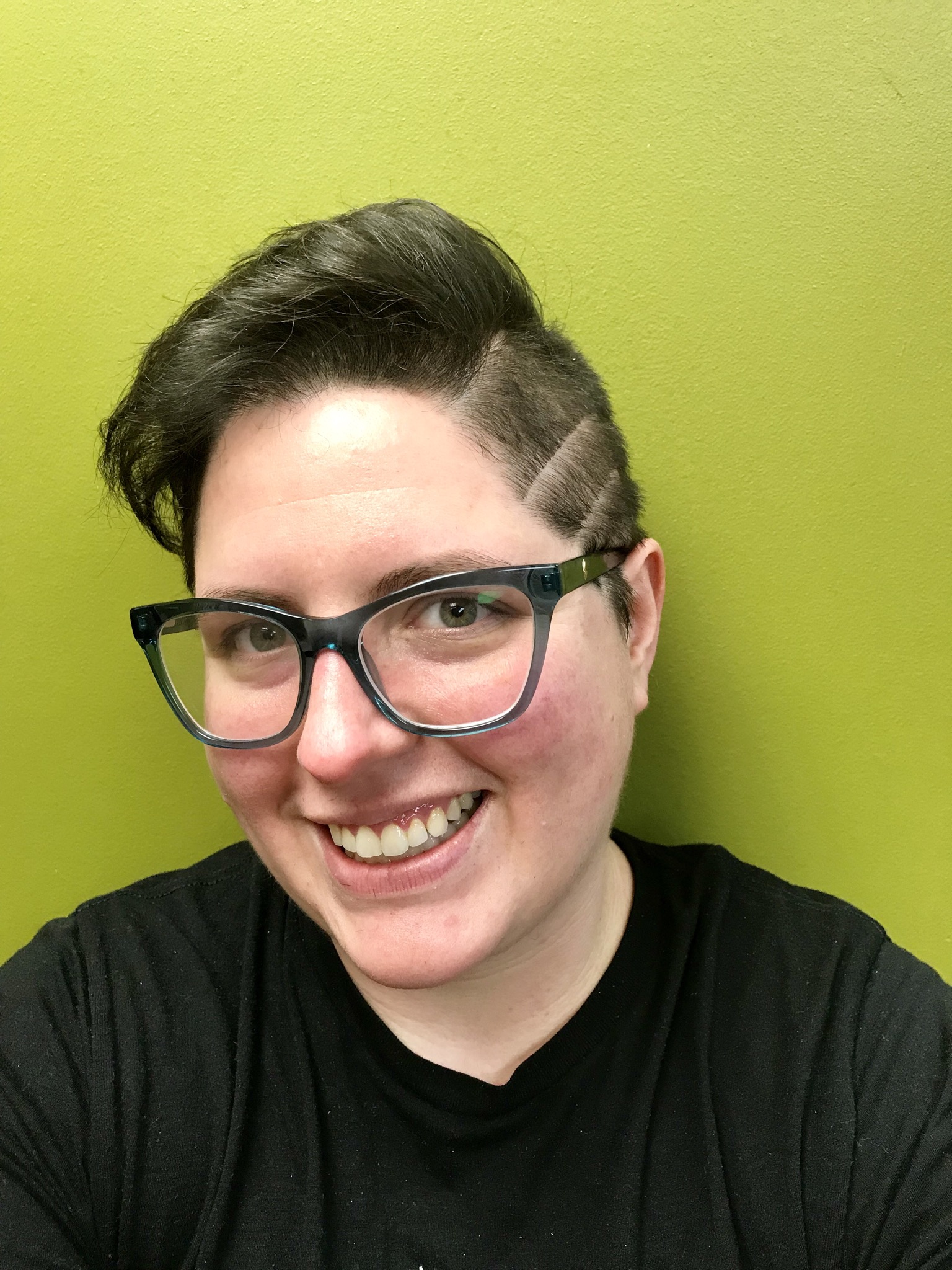 It’s not a new thing in floral arrangements, but reflexing rose petals has been big this year! In terms of books, though, we have mostly seen a successful flood of humorous political books. It’s a topic that we can’t seem to get away from, but that we also need some self-care to handle. It doesn’t seem to matter where your politics center, either—we all want a little levity.

I’m going to be 100 percent honest and say that I looked this word up. Context clues gave me a good idea, but it’s fun to always be learning! (It is the threshold of a vessel or doorway.) We have had a thriving graphic-novel book club for almost nine years now. I love to see innovation in this genre, as it crosses through all other ones, too.

It’s easy to dog on vampire books or dystopian books or whatever the latest thing is. I’ve found that they often coincide with books that meet at the center of young adult fiction/fantasy. I suspect that says more about how we value types of readers than the actual books themselves. After all, there are many military-based historical fiction books. But that is rarely what I hear people lamenting.

At the end of the day, if people are reading, I’m going to be happy. No one becomes a bookseller to make money. They do it because of the magic that takes hold when you’ve stepped into the story. When you know how transformative that is, you have to share it. And I’ll share it with someone who wants to read about Wicker Basket, the chosen one, just as much as someone who wants to learn about the storied history of a very specific spice.

We, personally, and a lot of the independent booksellers that I know, were incredibly disappointed by the rollout of Marlon Bundo. There is just no way to predict how sales numbers would have gone with us since we weren’t given a chance. I suspect that the amount of sales coming from us would have proved illuminating for those heavily invested in the big-score model of B&N and Amazon, especially given the trends we are seeing with political humor buying.

I haven’t actually seen the book, the announcement, any of it. So my opinion on this has little to do with the actual content of the book so much as my inability to get it to the customers who have asked about it.

I’d encourage people to read across genres you wouldn’t normally. Even if it’s the first chapter of a book that you don’t ultimately get into. It is a big wide world out here, and we have access to writing across the whole of it right now. Might as well embrace that while we can!

Aja Martin is the general manager of Indigo Bridge Books & Cafe in Lincoln, Nebraska. They are gearing up to celebrate their 10th anniversary this August. Indigo also has an attached nonprofit that does literacy outreach and community education. Follow their hashtag #BrewedToDoGood to see where the money from every coffee cup goes.