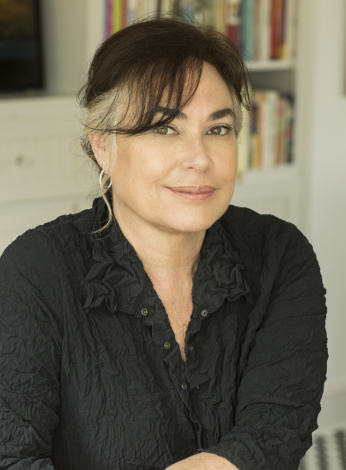 “My kids always say I only write about four things,” Amy Bloom offers playfully, pausing for effect. “Love, sex, family, and death.” They’re themes that serve as the pillars of many a celebrated novel, but White Houses offers them up in an unexpected formulation—if only for the historical characters at the heart of this moving story: Eleanor Roosevelt and her lesbian lover, Lorena Hickock.

For those who have studied the Roosevelt years, as Bloom did extensively when working on her earlier novel Lucky Us, Lorena Hickcock, or Hick, is a unique and unmistakable figure. A talented reporter who was known to have had serious romantic relationships with women, she developed a close friendship with the first lady and lived in the White House on and off for most of the 12 years of Franklin Delano Roosevelt’s administration. In the beginning, she and Eleanor even had adjoining, connected, bedrooms.

“There was a great deal in most historical and biographical stuff about Eleanor,” Bloom explains, “which basically said, ‘Oh poor Hick, she just loved Eleanor, and it's not like Eleanor was a real lesbian—she really wasn't, she really wasn’t a very passionate person—but gosh she really cared for Hick and appreciated her.’ And I thought, ‘It’s remarkable that everybody has come to that conclusion, despite all these passionate letters from Eleanor.’ ”

It was the letters between the two women that caught Bloom’s attention and began her down the path of telling their still largely unknown story. “Reading the letters between them, the thousands of letters, and knowing that Hick had burned hundreds of other letters, I tried to imagine what it would have been like to have been cut out of your own personal history, to look at the family photos, to look at the albums and never see yourself. [As Bloom details, Hick was quite literally cropped out of official photographs.] That was very powerful for me. And so for me, this a love story that has been lost in history—not just lost, but stamped out. I wanted to write that.”

Despite a growing consensus among historians and biographers that the nature of Eleanor and Hick’s relationship was indeed romantic, such a truth has been slow to catch on among the wider public. “Well, people are only aware of information that you give them,” Bloom says, offering her views on that discrepancy, “and as you see in the very contemporary world, sometimes not even that. But I think if you're aware of Eleanor Roosevelt in a casual way, you're just aware of this great woman. There's nothing about her private life that you know. So I think what you’re seeing is people surprised that she had a life, period.”

There are many ways for their story to be told, many shapes such retellings could take. Last year, for example, Susan Quinn published the biographical Eleanor and Hick. Bloom casually explains her choice of a novelistic framing from Hickock’s point of view by saying, “I'm a novelist. I'm a fiction writer. It's what I write.” But in doing so, she allowed for a new dimension to be told, one with the power to carry a striking resonance, especially in today’s environment: the personal.

Bloom says. “What your choices are—what the choices are that people have to make for how they live their lives. You know, they shared a lot in common.” They both had difficult childhoods, for example, and they both understood that their love for one another wasn’t welcome by the public. “But what a lot of biographies tend to leave out was that they were sexually attracted to each other, which apparently people find very difficult to say. There must have been some real spark. I think they must have surprised each other.”