An Interview with Sandra M. Bush 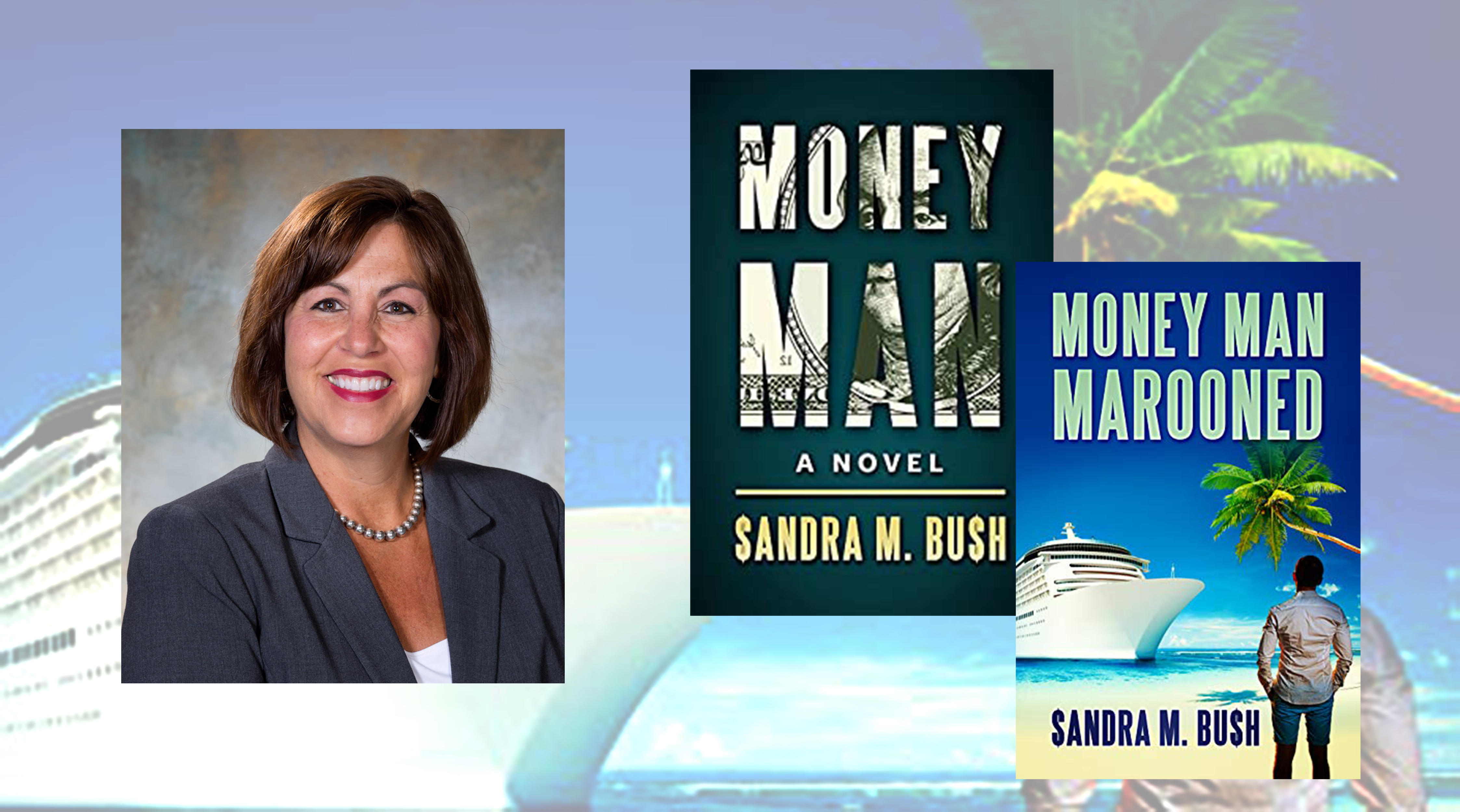 Sandra M. Bush was fresh out of college when she discovered the weirder side of human nature. Working in front-facing administrative jobs for the Department of the Navy and the Social Security Administration kept her on her toes and planted the seeds for fiction writing. “When you’re answering the phone for [a governmental] agency, you get some strange…calls,” Bush says via phone from her home in York, Pennsylvania, an hour outside of Baltimore. “I had people calling for directions to the airport, [asking] could I recommend a veterinarian for their cats, or why is traffic so bad.”

However it was later in life, after Bush had married and raised two daughters, that inspiration for a novel took hold. “I’m married to a financial adviser, and I was often amazed by the level of patience that is needed when you’re dealing with other people’s money,” she explains. “My husband has always been a very patient, kind man, [but] some of the things he heard over the years, I would want to rip people’s lips off!” Bush began thinking: What if a financial adviser who didn’t possess her husband’s patience reached a breaking point? In 2009, the idea for Money Man was born.

The novel follows Tom Frye, a financial planner and suburban family man whose wacky and demanding clients take a toll on his personal life. After Tom begins drinking to calm his increasingly frayed nerves, his exhausted wife, Vicky, orders him to either take a break or find another job. However, when a contemplative Tom visits his favorite river, a sequence of strange occurrences ensues, and Tom is forced to reflect on the man he’s become:

When he calmed down, he saw how irrationally he’d behaved. But at the time, it had made perfect sense to drive around on his lawn mower with a tennis racket, swatting at birds. The bird hadn’t actually attacked him, but he’d seen it happen when he was a kid. When that deranged bird mauled Uncle John and stole his toupee. No wonder shrinks said childhood traumas led to seriously fucked-up adults.

“Writing a novel was always on my bucket list,” Bush says. By 2009, she’d penned museum scripts and magazine articles and was a voracious reader of authors like Wally Lamb, John Irving, and Jojo Moyes. However, Bush had one serious obstacle: time. “I was still working full-time, so I was kind of plodding along,” she says. “I would put my book aside and not touch it for a while, sometimes as long as a year, and I would get discouraged.”

Her spouse came to the rescue in 2013, after Bush’s mother died and both of their children had left for college. “Finally, my husband got sick of me complaining about not having any time to write, so he told me I could quit my job and finish my book!” Bush laughs. Even with that extra time, she says, “it was about eight years from start to finish [until] I felt like I was in a position where I could start querying. My pitch was Breaking Bad meets Seinfeld.”

During those eight years, Money Man underwent serious revisions thanks to early reader feedback regarding the novel’s perspective and voice. “Initially, I wanted to write it almost like a fairy tale, where the narrator could see into everyone’s head, and I wanted my main character to be a really good guy…a Boy Scout in the jungle,” says Bush. “People [who] were reading earlier drafts told me they weren’t getting enough of a sense of the main character. They felt the snarky omniscient narrator was taking away from [Tom’s] journey.”

She took the notes seriously. “I ended up rewriting from top to bottom two times after [that feedback], completely changing the premise and the [narration] from first person to third person,” Bush says. Tom Frye himself also got a serious makeover. “I changed it up to make him more neurotic, entertaining, and kind of kooky.”

By the time Money Man was complete, Bush was aware of how lengthy the publishing process can be. Instead of reaching out to agents, she signed with Year of the Book, a small, independent press “that helped me to just get it out there,” she says. Kirkus Reviews praised the 2018 release, calling Bush’s narration “comical yet sympathetic” and Money Man “an entertaining and suspenseful dark comedy.”

Despite the accolades, Bush didn’t want to write another novel because “it was such a crazy, gut-wrenching experience,” she says. “It’s almost like having a child: you put it out there and hold your breath to see what the reaction will be.” However, readers had other ideas. At author events and conferences, Bush says, “I had people saying, ‘I have to know what happens to Tom Frye next; please tell me you’re writing a sequel!’ ”

Though Bush thought she’d left the character and his family “in a good place,” she decided to give fiction another go. Money Man Marooned was released in 2019, and Bush is currently working on Money Man’s Daughter: The Adventures of Sorority Jane, which will chronicle Tom Frye’s daughter’s first year of college. “I partly wanted to mix it up for my own mental health,” Bush says. “And I felt like her voice was one I enjoyed and could get behind.”

When it comes to her writing process, Bush starts with physical activity. “I get a lot of ideas while I’m walking,” she says. “I walk outside without any music and try to think about my characters and what will happen to them.” She then returns home, outlines, and writes—ideally at her kitchen table. “I’ve tried different spots, and this seems to be the best one so far,” Bush says, though “with all this quarantine stuff going on, my space has been invaded by others!”

Many years and two books later, Bush’s early days of answering the phone for the government is still never far from her mind. “I write for anyone who’s had to deal with snarky customers or work with the public,” she says. “Anyone who’s had to bite their tongue when dealing with difficult clients, customers, or co-workers, I can give them a laugh. I hope!”

Lauren Emily Whalen lives in Chicago and is the author of two young adult novels.