Self Published writers who vividly depict the creature world. 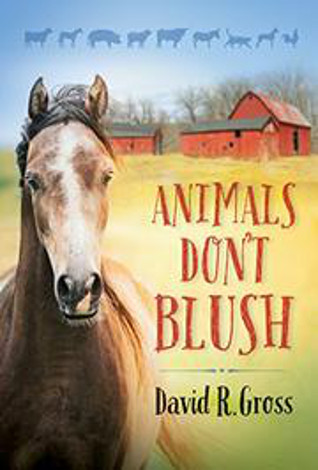 Readers who embrace animal tales—whether it’s Patrick McDonnell’s “Mutts” cartoon strip, which chronicles the escapades of an intrepid cat and dog, or the Henri videos, which reveal the existential angst of a French-speaking feline—should look for three captivating Indie books that Kirkus reviewed recently. They include an empathetic novel about a bear, a charming memoir by a veterinarian, and an illuminating owner’s guide and memoir by a dog trainer, canine police officer, and dog sled racer.

Lane Robson’s Shasta and Her Cubs details the struggles of a young grizzly trying to raise Kodiac, Koda, and Mato. “Robson succeeds in realistically portraying the difficulties of grizzly survival—e.g., little Mato is attacked by an eagle—as well as the triumphs, as when Shasta manages to kill two elk for sustenance during a drought,” our reviewer

writes.David R. Gross’ Animals Don’t Blush recalls the challenges that the author faced as a young veterinarian in the early 1960s in Montana.Gross treated large animals—horses, cattle, and pigs—as well as smaller ones (his patients included two bluetick hounds pierced by porcupine quills). Kirkus’ reviewer calls the author “an articulate observer” who “knows how to tell a compelling story.”

Bryan Bailey’s Embracing the Wild in Your Dog argues that dogs are modified wolves, not furry humans. Bailey’s book presents some harrowing tales of his encounters with beasts in the wilderness. “There is an undeniable power and beauty to the author’s musings as he weaves into the text vital lessons learned from his mentor during intense survival training” in Alaska, our reviewer writes.