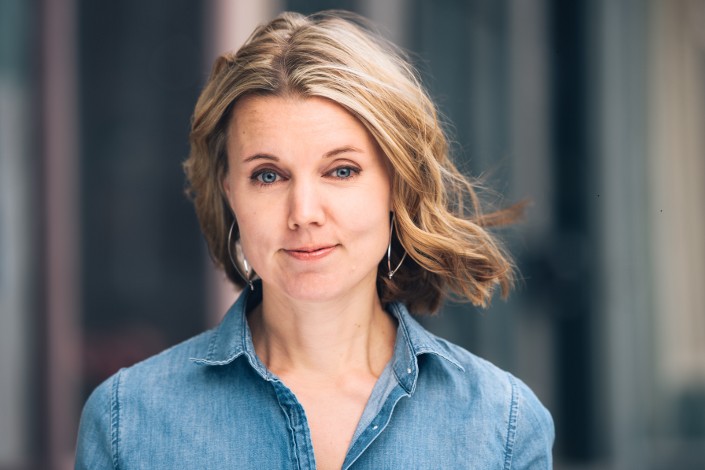 “Originally, I thought, this is so great—there’s all of these women doing what Roseanne did,” says Petersen, referencing actress, comedian, writer, and producer Roseanne Barr as the modern American archetype of the unruly woman. “We were at this crest [of appreciation].”

However, she says, “As I wrote and revised it, as Hillary lost the election, it became clearer there was the beginning of this rejection.” (She suggests a revised subtitle: “The Rise, Reign, and Rejection of the Unruly Woman.”)

Petersen is also the author of Scandals of Classic Hollywood: Sex, Deviance, and Drama from the Golden Age of American Cinema and holds a Ph.D. in media studies from the University of Texas at Austin. She reports on culture, celebrity, and feminism for BuzzFeed News.

“I wanted this specific swath of women who’ve tried to press boundaries but still stay in-bounds in some ways,” Petersen says, “not so unruly that they’ve been cut off from Hollywood altogether—and that takes so much labor. It’s constant maintenance, because it’s such a narrow space. And in order to keep that space, you need to be paving the path in front of you while making sure someone isn’t cutting off the path behind you.”

Seven other magnificent women, whose behaviors simultaneously evoke fascination and repulsion, are: Abbi Jacobson and Ilana Glazer of Broad City (“Too Gross”); Madonna (“Too Old”); Kim Kardashian (“Too Pregnant”); Hillary Clinton (“Too Shrill”); Caitlyn Jenner (“Too Queer”); and Lena Dunham (“Too Naked”). Petersen highlights the ways in which their celebrity flies in the face of how women “should” look, sound, and behave—compelling readers to reassess who sets and enforces these standards.

“Imagine the liberation:” Petersen writes in the Dunham chapter, “instead of spending time degrading ourselves for falling short of the very narrow understanding of what types of bodies are worthy of desire—and, by extension, value—we could be thinking about things that make us feel good, or anything at all, really, that isn’t rooted in shame at how our bodies don’t look like someone else’s.”

“We’re surrounded by the things that are telling us all the time that to be unruly is to be unfeminine, to be a bad woman,” she says. “The ideology is persuasive and ubiquitous. Even the most enlightened, even the most familiar with feminist theory, are subject to these messages.

“More than anything, the thing that I hope this book encourages us to think about is why we react [to these women] the way that we do,” she says.