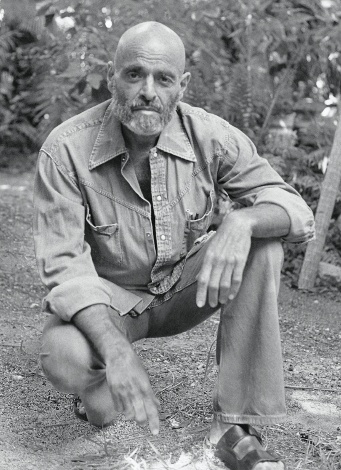 Shel Silverstein was a man of parts, some of which did not reconcile easily. He was, for instance, an early and frequent contributor to Playboy magazine, turning in cartoons and humor pieces that traded in a decidedly adult métier, as with one drawing of a Laocoön-like pile of naked bodies in a bathtub with the legend, “Well, I guess this destroys the myth about hippies never bathing.” He penned goofy songs, including Johnny Cash’s “A Boy Named Sue” and Dr. Hook’s “Cover of the Rolling Stone.” He bopped around with the cool kids, and he had a lot of laughs.

But Silverstein had a serious side. In 1964, following numerous rejections, he published a picture book called The Giving Tree. With wavering drawings that spoke of action and the unfettered energy of the world, and especially the kids in it, he delivered the story of a tree that gave and gave until it was a gnarled stump, unable to give any more. Those who read it at the time—I was 7, just the target audience for the story—were a touch perplexed and saddened, since the story was a downer on the order of The Iron Giant or Old Yeller. Older critics divided quickly over whether the tree was an exemplar of the selfless, self-sacrificial love of religious Scripture or the victim of a ceaselessly demanding humankind.

A book Silverstein published 10 years later, Where the Sidewalk Ends, is in better humor, an offbeat collection of poems and drawings that honor the odd logic of the pre-adolescent mind. Some of the pieces would probably not be published today, at least not without grim editorial conferences, while others celebrate things that give pause—hoarding, for instance, in a poem in which one man’s treasure is indeed another person’s trash.

But other of the oddments gathered in Where the Sidewalk Ends are themselves treasures worthy of Lewis Carroll. The poem “One Inch Tall” invites young readers to imagine themselves in a microscopic world in which they’d ride a worm instead of a bus to school, swing around on spider silk, and wear a thimble as a helmet. That’s a touch more sanitary, one imagines, than his assurance later in the book that it’s entirely permissible to wear a toilet plunger as a hat. A triplet implores someone to loan the author “two eighty-pound rats” in order to rid his home of—yes, cats. And frightening to a certain set of kiddies is a poem in which Silverstein darkly promises that there’s a snail inside each human nose, one that bites off exploratory fingers.

One thing ties together the Silverstein of Playboy with the Uncle Shelby of kiddiedom, though, and that’s a healthy and constant sense of subversion. Let kids be kids, he proclaims, daringly positing that since God made mud but Mom insists on cleanliness, one or the other of them must be wrong and observing that the big fish eat the little ones in this world, fat and greedy. There are lessons aplenty for all ages, which explains why, decades later, and long after Silverstein’s death 20 years ago, his books endure.