The Savage Detectives by the laureate of chaos, Roberto Bolaño 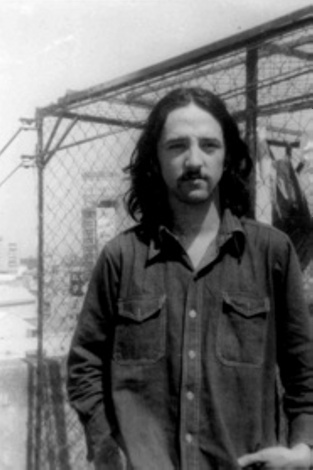 Twenty years ago, a Chilean-born dissident writer who had moved to Mexico and then Spain published a novel of parricidal intent. Born in 1953, Roberto Bolaño had already publicly scorned the giants of Latin American literature, casting Gabriel García Márquez as a fanboy of despots, Pablo Neruda as a hack, Octavio Paz, “our great enemy,” as a soulless technocrat. As a young poet in Chile, he had crashed the readings of other writers, interrupting them with recitations of his own work. In Mexico, he smoked dope and made a convincing show of Patti Smith–like proto-punkism, accumulating enemies and a few admirers.

Bolaño, in short, called attention to himself wherever he went. It took time, but with The Savage Detectives, released in 1998, he achieved international literary renown, challenging the so-called Latin American Boom writers of his youth and advocating that they be replaced with a new, more realistic literature. In his book, he conjured a modernist countermovement that he called “visceral realism,” in place of the “magical realism” of yore, with a cadre of writers—though, says one of his principals, no one could quite be sure whether they were “writers or painters or journalists or revolutionaries”—of varying degrees of ability as its champions.

A player throughout the book is Bolaño’s thinly disguised alter ego, Arturo Belano, and his friend Ulises Lima. Arturo himself has a great enemy indeed in another poet who has committed the unforgivable sin of publishing an anthology without him. That poet is obsessed with the paranormal, just as other characters are obsessed with the JFK assassination, politics, and the sexual classification of literary genres (“Novels, in general, were heterosexual, whereas poetry was completely homosexual; I guess short stories were bisexual, although he didn’t say so”).

Bolaño’s fugitive tale, in three parts, is bracketed by reminiscences by a young Mexican writer who, like everyone else, is similarly obsessed by a surrealist writer named Cesárea Tinajero who wandered off into the Sonoran Desert decades earlier. Her disappearance inspires Belano and Lima to head into the desert themselves—whereupon they become wavering figures, living Rimbaud-ian mirages in the lives of those they know, who in turn become decidedly unreliable narrators in an utterly unreliable story. Lima and Belano disappear and reappear in distant lands. Lima even reconciles with Paz, one of the writers they went out of their way to scorn.

The Savage Detectives is, then, a story about stories, one whose picaresque key actors do their best to keep from being pinned down. And so they do. Belano will return in Bolaño’s brooding magnum opus, 2666, released a year after his death in 2003. Tinajero’s specter flickers forebodingly across its pages, too, as if to reinforce what Bolaño’s friend Rodrigo Frésan observed: that when Bolaño came of age, it was no longer possible to write utopian, playful novels about Latin America, “when paradise had become hell” and writers were always just a step ahead of the secret police and their tyrannical masters. The laureate of chaos, Bolaño remains the best-known writer of the post-Boom generation, and The Savage Detectives shows why that should be so.