Jeffrey Toobin's New Book Is Out, But This One Put Him on the Map 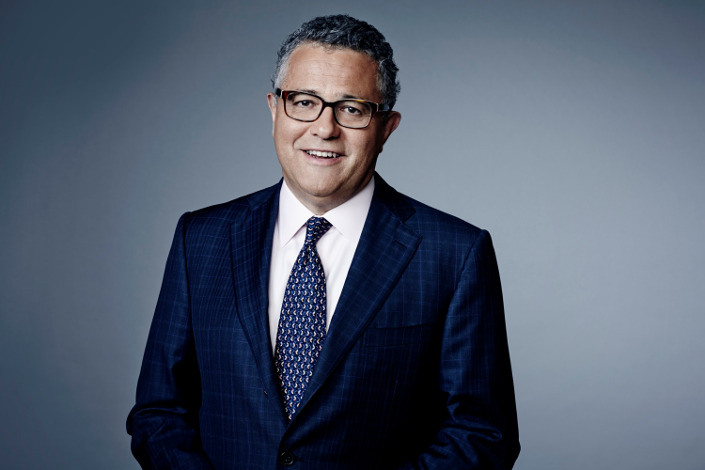 On June 12, 1994, a woman in her mid-30s was murdered in Los Angeles, stabbed so savagely that her spinal column was severed. Four days later, her ex-husband was arrested. He went on trial in what is still held to be the definitive media event of the decade, and, 21 years ago, was acquitted in a jury decision that was more a referendum on racial injustice in America than a verdict on events themselves.

That criminal trial, Jeffrey Toobin observes in his ably written book The Run of His Life involved “92 days of testimony, 58 witnesses, 488 exhibits, and 34,500 pages of transcripts.” Toobin, whose book appeared 20 years ago and remains in print, was on hand for every numbing moment, and he reports his findings in a dense yet thoroughly readable, if perhaps controversial, account.

Toobin announces early on his view that O.J. Simpson, football star and minor celebrity, was guilty. The jury did not agree.

Most African-Americans, according to polls conducted at the time, agreed with the not guilty verdict. Most white Americans did not. That ethnic division, Toobin holds, was a natural outcome of the conduct of the trial, for Simpson’s defense team made race, and not the guilt or innocence of a single man, the issue of contest. That race card, Toobin writes, was curiously played, since Simpson had long taken pains to distance himself from the black community, so much so that Jesse Jackson once called him a “de-ethnicized Negro.” (Simpson himself once said, “I’m not black. I’m O.J.”) The defense’s assertion that Simpson was an African-American hero was a calculated misdirection in the wake of the Rodney King verdict, which allowed them to claim that Simpson was the target of a racist conspiracy engineered by the Los Angeles Police Department.

As a former trial attorney himself, Toobin expresses indignant admiration for the defense strategy. He also notes numerous critical mistakes made by the prosecution and its lead attorney, Marcia Clark. One was to embrace testimony by an actual racist cop, lending weight to the defense; another was to insist on a timeline doubtful enough to justify the jury’s decision.

The preponderance of evidence pointed to guilt. But, in this case, evidence was not what mattered. Ethnicity was, and so was celebrity—that of the victim, that of the accused, that of the lawyers, who exhibited what one distinguished jurist calls “the indifference to truth that advocacy entails.”

The Simpson case has been over for 21 years. Many of the key players are dead, many forgotten. Simpson himself is in prison for another crime. The case would perhaps be forgotten itself save that the FX Network recently aired a dramatic revisiting of events, The People vs. O.J., which afforded Marcia Clark, now a crime novelist, a chance to argue that the prosecution wasn’t as botched as Toobin and many others say it was. Whatever the case, an implausible defense matched with a jury predisposed to acquit, a flawed prosecution, an incompetent judge—all these things, Jeffrey Toobin writes in his damning book, still the best on the trial, conspired to set O.J. Simpson free.