Appreciations: Curzio Malaparte and the Ashes of Europe:

Picking up the pen after horror. 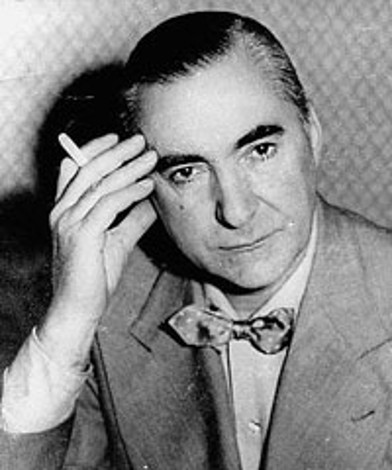 Seventy years ago, Europe lay in ruins. Many of those who had survived Adolf Hitler’s war were on the move. Primo Levi worked his way from Russia back to Italy, Louis-Ferdinand Céline scurried to a Danish hideout, Tadeusz Borowski went eastward from one captivity to another. They, and Paul Celan, Ignazio Silone, Günter Grass, and countless others, eventually picked up their pens, and they recorded what they had seen.

Perhaps no vision of the war was as relentlessly strange as the one the peripatetic Curzio Malaparte offered in his memoir, Kaputt, published just a year after the conflict ended. “It is a wonderful thing to be dead,” he wrote of a time so steeped in death as to render the statement absurd on the face—but he meant it, for sharing the scene with him are a German war hero, a Spanish diplomat, and a true-believer Nazi general who calls for a toast to all the countries his own country has subsumed. When the general refuses to toast Spain, even though Spanish storm troopers are fighting alongside German legions in Russia, the Spanish diplomat proposes a countertoast: Merde à la Allemagne! The general, in perfectly accented French, echoes the slander. Their drinking party ends with the general “dragging himself on all fours, trying to catch a bottle that was slowly rolling across the wooden floor.” It’s a moment befitting Kurt Vonnegut or Thomas Pynchon, but, Malaparte insisted, it happened just as he reported it.

Malaparte, born Kurt Erich Suckert to a German manufacturer and his Italian wife, enthusiastically jumped to the fascist cause from the first, joining the March on Rome in 1922 and writing stormy editorials, books, essays, and articles championing the new Italian state and its beau ideal, Benito Mussolini. But, as he would do in Kaputt, he took literary license a step too far for the liking of the censors. When he called Hitler a woman and suggested the sexual possibilities in that

transformation, he was exiled for five years before being released, only to be arrested repeatedly for various infractions. Ever the aesthete, even while dodging the secret police, he oversaw the construction of his famous Casa Malaparte, the house on rocky Capri that would be so prominently portrayed in Jean-Luc Godard’s film Le Mepris.

That striking structure was finished just about the time Malaparte was sent to the eastern front as a correspondent. Things looked good for the Germans and their fascist allies there in 1941, when Malaparte arrived. By 1943, they did not, and Malaparte’s relentlessly honest if often fabulous dispatches were more often censored and suppressed than published. He incorporated them into Kaputt, written in secret as he traveled through Finland, Russia, Poland, and Germany. He gave portions of the manuscript to trusted associates along the way, reassembling them when the shooting stopped.

Malaparte survived the war. Renouncing Mussolini, he became a communist and moved to Paris. And as for that war hero? He, too, took to walking on all fours along with his staff officers in a “strange procession, barking, grunting and meowing.” Did that really happen? To trust Malaparte’s hallucinatory, beguiling book, which remains in print all these years later, it did—and if it didn’t, it should have.