Who has the world's longest mustache? 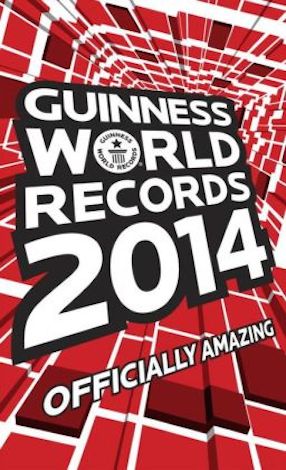 For many years I’ve harbored the thought that it might be a pleasant if not lucrative thing to open a bar, perhaps a coffee shop, devoted to the fine art of arguing.

The rules would be simple: Arguments have to be conducted in a civil manner, with a penalty for every descent into ad hominem snipes, and they have to be settled by means of the reference books provided by the management: no Google, but with various editions of the Encyclopaedia Britannica, a copy of Webster’s Unabridged and the collected works of Leonard Maltin close to hand. Central to the argument-settling library, too, would be the Guinness Book of World Records in its various editions, whose history now stretches back a glorious 60 years.

Let’s say, for instance, that the talk has turned to the precise length and ownership of the world’s longest mustache, a matter that every civilized person has no doubt pondered at some point in his or her life. Britannica will be of no help, and Maltin’s précis of Big Trouble in Little China will get us only so far. But there’s Guinness to the rescue, telling us that as of the most recent measure, the world’s longest mustache, at 14 feet, belongs to a Mr. Ram Singh Chauhan of India, who ported it to a television studio in Rome to have its vital signs taken.

That’s news you can use, edifying all around. Just so, Guinness can tell us the oldest person ever to have lived attained the ripe (perhaps too-ripe) age of 122 years and 164 days, while the world’s oldest competing gymnast continues to take to the rings and mats at the age of 86. The world’s shortest man measures 2 1/2 inches short of 2 feet, while the world’s shortest motorcycle has a rear wheel diameter of not much more than four-fifths of an inch. And so on. (Extra points if you work Toxteth O’Grady into the answer.)

The story has it that Guinness owes its origins to an erstwhile manager of the London-based brewery of erstwhile Irish ale. While out shooting birds in Ireland, he fell into a discussion-cum-argument concerning which European bird is the fastest-moving and therefore, one supposes, hardest to shoot. Lacking a source with which to settle the argument, in the fall of 1954 he commissioned two researchers, the brothers Ross and Norris McWhirter, to assemble a compendium of—well, useful information may stretch the word “useful,” but certainly actionable information.

They did so, and when the book was released the following summer, it became an instant best-seller, so much so that the McWhirters devoted much of their working lives for the next three decades to maintaining it. Their legacy endures, and 60 years on, the book continues to make the charts—and to set records of its own, including, it’s said, winning top honors for the most commonly borrowed but never returned library book.

There’s entirely too much argument in the world without resolution. In that regard, the Guinness Book of World Records, emerging from discord, is a contribution to world peace. As it enters its seventh decade, we honor it accordingly.