It's just as steamy as it used to be 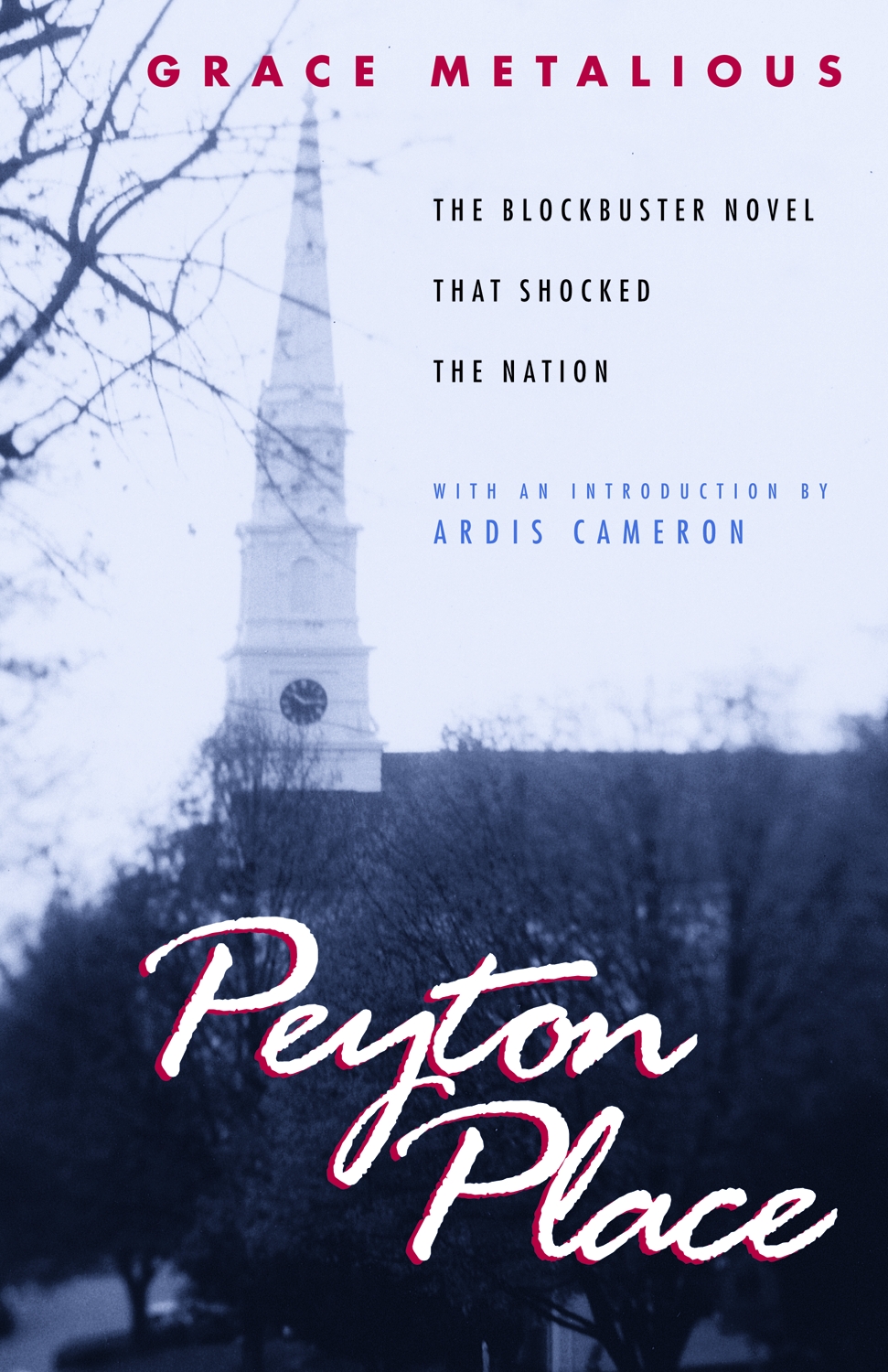 If you are of a certain age—old enough, say, to remember the assassination of JFK, if perhaps not quite old enough to have gone to Woodstock—then chances are that somewhere on your parents’ bookshelf lurked a novel called Peyton Place. The chances are similarly good that you scanned its pages looking for, well, its more salacious passages, which were plentiful.

But there was more than mere sex between those printed sheets. The child of blue-collar French-Canadian workers in a worn-down New Hampshire factory town, Grace Metalious—born 90 years ago, dying 50 years ago, just shy of her 40th birthday—shared many biographical points in common with Jack Kerouac. Whereas he took to the road to get away from the squares, though, Metalious stayed put and turned an acid gaze at the people around her. Supposedly pious and proper but in reality seedy and scheming, her neighbors provided grist for a vengeful mill.

Not that Metalious was a paragon herself. She drank—it was alcohol that killed her, in fact, much too young. She had affairs, swore like a sailor, but she never pretended to be anything other than who she was. Dead broke, she began to write the novel that would become Peyton Place as an unapologetic effort to make a little money, and so, naturally, she peppered it with more sex than many readers were accustomed to seeing in print back in the 1950s.

But more, she told stories of drunkenness, rape, domestic violence, incest, abortion, lies, cover-ups, suicide, murder and more. Some of those sordid episodes took place up on the hill, where the decent people lived. Some of them took place down in the shantytown below, on the fringe of the forest, places that the decent people pretended not to see. Come Sunday, those decent people filed dutifully into the town’s many churches; come Saturday night, they committed enough sins to keep the confessional packed, choking on their pieties.

Metalious’ novel was a slap at the mores of her own time, the age of Eisenhower and a rising Nixon, of gray flannel suits and organization men. But most of it was set in the 1930s, extending American bad behavior into an earlier era. When it appeared in 1956, it was roundly denounced as near pornography. It also sold and sold—60,000 copies in hardcover within two weeks of its release and eventually more than 12 million copies of the paperback.

For all that, and for all that it continues a critique of American life that belongs on the shelf next to the best of John O’Hara, Sherwood Anderson and Edgar Lee Masters, Peyton Place seemed an antique by the end of the 1960s. A grimy sequel had sold less well, and Metalious herself was not around to help keep her book alive, and it died. But not quite: A few literary scholars kept up a discussion about it, and in the 1990s, photocopied chapters began to turn up on reading lists in women’s studies classes. Eventually, in 1999, Northeastern University Press reissued it in its Hardscrabble Books line of novels devoted to New England. It remains in print today, ever reproachful—and ever steamy.