Appreciations: Jonathan Safran Foer and the Books of 9/11 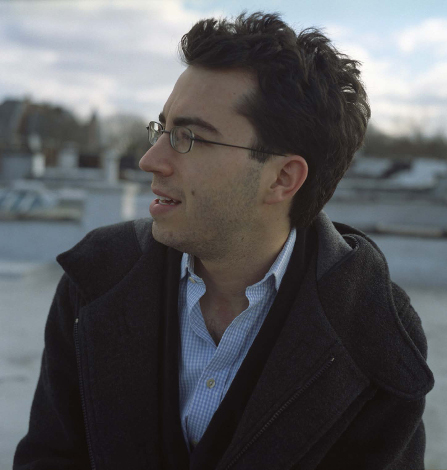 Fourteen years have passed, and we are still wrestling with the events and facts of the Sept. 11, 2001, terror attacks. The nation has changed irrevocably since that time, freedoms eroded and fear promoted to commodity. Writers, however, have yet to respond to 9/11 in the same way that they have to, say, the Iraq War, which has produced a remarkable literature in less time, or Vietnam, which, over half a century, has become a defining topic in American letters, rivaling the world wars in the quality of the books it has yielded.

As for 9/11, it should not be surprising that most of the small body of literary work surrounding it comes from New York. In both Philip Roth’s Everyman and Philip Caputo’s Crossers, New Yorkers scarred by the attacks attempt to rebuild lives beyond the city—in Roth’s case, in New Jersey, and in Caputo’s, along the Arizona-Mexico border, where Caputo finds carefully traced parallels between the American invasion of Iraq and al-Qaida’s attacks. In Colum McCann’s Let the Great World Spin and Pete Hamill’s Forever, those attacks become nodes on a timeline stretching into the past, while in Thomas Pynchon’s Bleeding Edge, 9/11 provides further evidence that American power is both conspiratorial and inept. Meanwhile, in Pattern Recognition, William Gibson captures the oppressive paranoia that has overtaken America since 9/11, brooding fear not captured in genre writing so effectively since James Grady’s Nixon-era Six Days of the Condor.

Those are grown-ups wrestling with history. But what of the children? For them speaks Jonathan Safran Foer, whose faux naif, eggshell-thin ways of grappling with the world made Everything Is Illuminated both an entertainment and a provocation. So it is with Extremely Loud & Incredibly Close, published in 2005, in which a going-on-10-year-old boy named Oskar Schell (his name perhaps an echo of Günter Grass’s Oskar Matzerath) wrestles psychically with his father’s death in the

collapse of the twin towers. Oskar has been suffering from grown-up maladies such as panic attacks and clinical depression, and death is much on his mind: “Isn’t it so weird how the number of dead people is increasing even though the earth stays the same size,” he muses, “so that one day there isn’t going to be room to bury anyone anymore?”

There is plenty of room left yet, though, and death surrounds Oskar. But in his father’s death he finds the occasion for an odd hero’s quest of a kind, a mystery surrounding a key—perhaps to a safe-deposit box—inside an envelope marked “Black.” Oskar is nothing but methodical, and he sets out to question every person in New York with that name.

The quest takes months, and while the sting of his father’s loss is constant, Oskar learns a thing or two about life. “It’s not a horrible world,” says one of the people he interviews, a well-traveled war veteran, “but it’s filled with a lot of horrible people.”

It is, and 9/11 taught us that and more, and all of us are searching still. The definitive book about it has yet to emerge, but with these stories, we have a start.